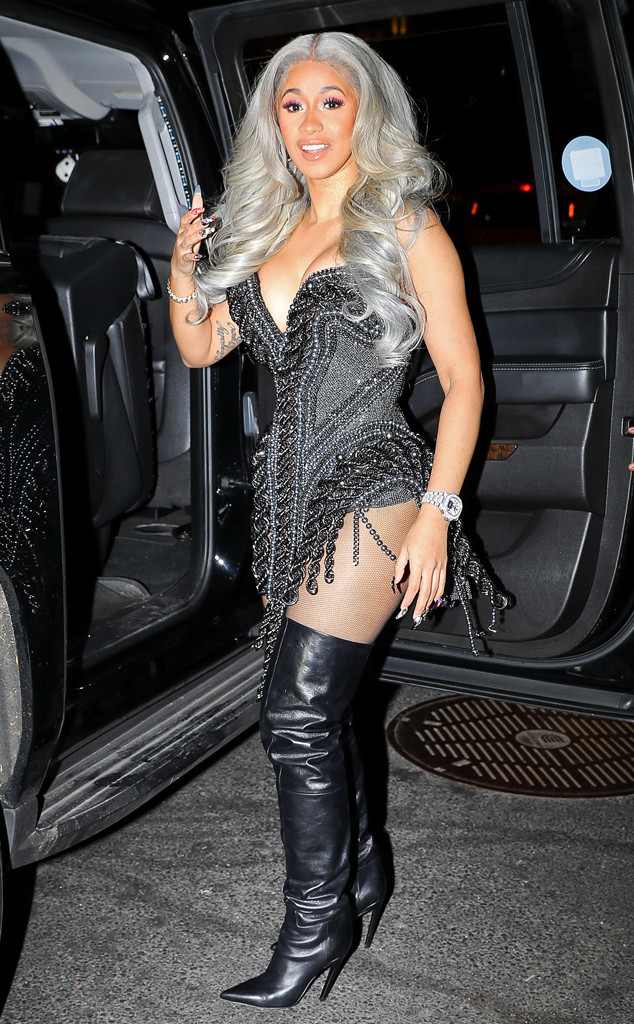 CardiB in her most recent in-depth interview for New York Magazine. The magazine’s cover girl—and one of the music industry’s most buzzed about rising stars—held nothing back as she dished on her past as an exotic dancer, her nuptials ahead (“The world is not ready for it”) and all the fame in between. Simply, her candor on every topic is as refreshing as her sound.

As quickly as the star shot to musical fame, Cardi B also became the target of opinions about her talent and identity. However, she’s also not about to mince words when it comes to dishing out her own stances, including her thoughts on feminism, a label that has incited some backlash toward her in the past.

“You know what? I’m not even gonna consider myself nothing,” she told the magazine. “Here’s the thing that b–ches got me f–ked up when it comes to that word. People think that being a feminist is a b–ch that, like, went to school. They wear skirts all the way to their motherf–king ankles like a godd–n First Lady. That’s not being a feminist. Being a feminist is being equal to do what a man do. N—-s hustle, and I hustle n—-s.”

Cardi B has certainly been busy since her 2017 single, “Bodak Yellow” soared to the top of the charts and became a bonafide summer sensation. With the platinum song still going strong, she has been popping up everywhere, but that level of publicity has shown the rapper the underside of fame.

“You be seeing these artists going through their meltdowns and f–king shit, and you be like, Why you doing all of that? You’re famous, you’re a f–king millionaire, why? B–ch, I’m broke, I want to shave my head,” she told New York Magazine. “Then when you in those shoes, it’s just like, I see why people go crazy. This shit is not what it f–king seems.”

While she “can’t complain,” the star is focused on the hustle. “I’ll do something that brings me a check,” she told the magazine. “The faster I make a lot of money, the faster I can have these kids I want.”