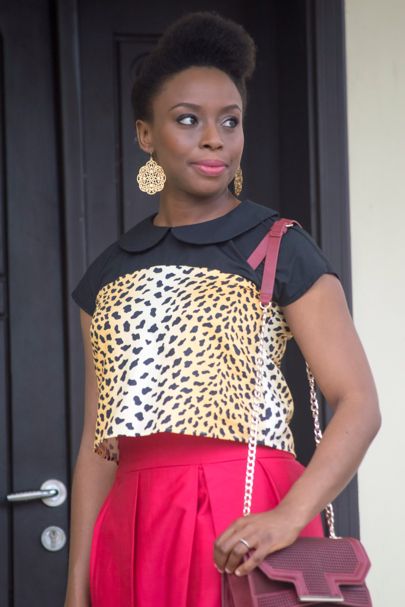 FORGET about being likeable. That’s the advice from feminist author Chimamanda Ngozi Adichie, who asserts that the desire to be liked by her peers can impede a woman’s ability to be her true self.

“I think that what our society teaches young girls, and I think it’s also something that’s quite difficult for even older women and self-professed feminists to shrug off, is that idea that likeability is an essential part of you, of the space you occupy in the world, that you’re supposed to twist yourself into shapes to make yourself likeable, that you’re supposed to hold back sometimes, pull back, don’t quite say, don’t be too pushy, because you have to be likeable,” she said as she accepted an award at the 2015 Girls Write Now awards ceremony, New York Magazine reports.

“And I say that is bullshit. So what I want to say to young girls is forget about likeability. If you start thinking about being likeable you are not going to tell your story honestly, because you are going to be so concerned with not offending, and that’s going to ruin your story, so forget about likeability. And also the world is such a wonderful, diverse, and multi-faceted place that there’s somebody who’s going to like you; you don’t need to twist yourself into shapes.”

Although the message itself is not revolutionary – Sheryl Sandberg shared very similar sentiments in 2013’s Lean In: “As women get more powerful, they get less likeable. I see women holding themselves back because of this,” she noted – Adichie’s words could again catch the attention of one of music’s most powerful women, Beyoncé, bringing the message to thousands of young girls who don’t yet read feminist literature.

Adichie’s profile was elevated even among those who hadn’t read her work after Beyoncé quoted her in her single Flawless, which included Adichie’s reading of the words: “We teach girls to shrink themselves, to make themselves smaller. We say to girls, ‘You can have ambition, but not too much.'”