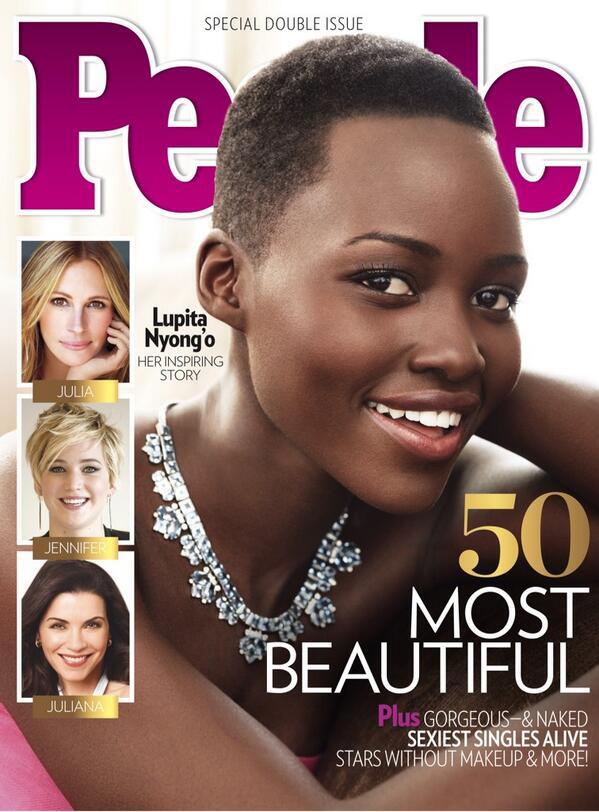 The Mexican-born Kenyan international star graced the cover of the magazine with the perfect smile and the style to match beams from a cover that promises “her inspiring story.”

For the 31-year-old actress, it’s a story that largely came to light during awards season as she collected trophies at every turn for her role in the film “12 Years a Slave.”

Today’s Savannah Guthrie recently sat down for an exclusive interview with Nyong’o, who expressed her appreciation for the People cover nod.

“I’m flattered, but flattered sounds like such a flighty word, you know?” Nyong’o said. “I’m flattered with, like, gravitas under it.” She said.

Queen Of The (Gold) Coast! Yvonne Nelson Shines On The Second Cover Of Y! Magazine (PHOTOS)