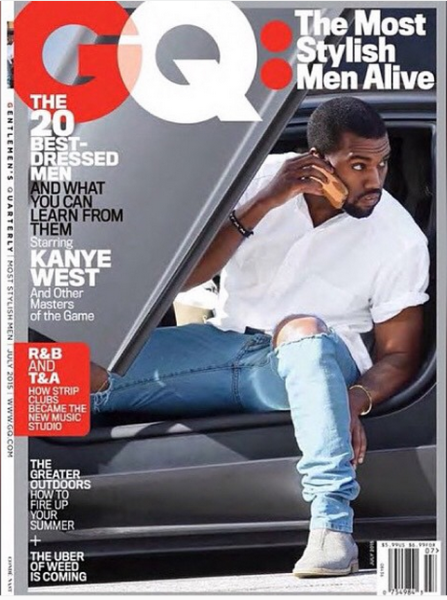 According to GQ Magazine, Kanye West is the most stylish man alive?

The rapper is featured on the magazine’s cover for their July 2015 issue in a candid shot where he can be seen stepping out of his car wearing a ripped pair of jeans and a white shirt.