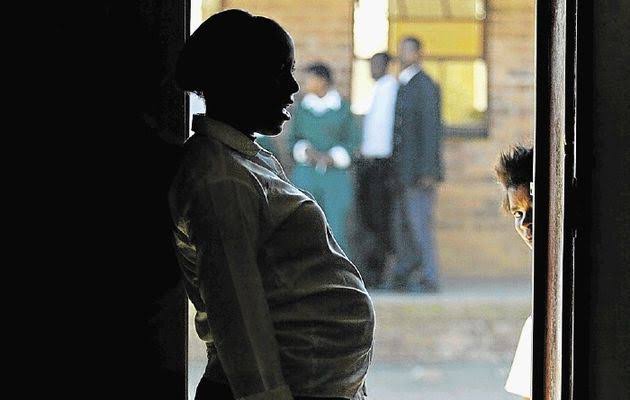 When news blogs broke the story of how 22 year old Oluwafunmilola Adisa drowned her 21-month-old daughter, Oluwanifemi, in a bucket of water at their residence on Plot 221 Gowon Estate, Nigerians on social media expressed various levels of shock and outrage.

Hot take after hot take, moral sermonizing and calls for the young girl to face the full wrath of the law filled various timelines.

If the fact that the 22 year old mother, turned herself in to the police after the act was confusing, the letter she wrote to her sister explaining why she drowned her child is an eye opener to what could have been going on in her mind.

In the note, Oluwafunmilola said since the birth of the child, all she had known was hardship. She said the child’s arrival cost her the opportunity to go to the university. She wanted to be a lawyer.

In her graphic narrative to the police, she said:

“At first, I was thinking of strangling her, later I thought of suffocating her with a pillow, but my sister warned me to keep Oluwanifemi away from water after she had a dream and that gave me the idea of drowning her.

“On the day of the incident, around 2pm, Oluwanifemi was assisting me to dress up, because she thought that I would take her out with me. But I told her that she was not going anywhere because she would die that day and I would be going to the police station after killing her. So, I opened a big bucket of water, threw her in and covered the bucket, but she was able to push away the cover.

As chilling as these details are, so many questions come up.

What happened to Funmilola?

The answers don’t seem to be far fetched. Shame, physical and mental exhaustion and the economic hardship that come with being a single parent at age 22 and the lack of a viable support system could be easily identified from her statements.

“The reason for the drastic decision is lack of financial help; I was tired and ashamed; when I gained admission to study law at the Obafemi Awolowo University, Ile-Ife, Osun State, I got pregnant and deferred my admission, which I later lost.

“So killing my baby and losing my admission have a connection. I felt I would be free if I kill her and would be able to go anywhere I like and no one would disturb me that I had a daughter outside wedlock.” She said.

According to Funmilola, the father of her baby, one Folarin Yusuf, abandoned her after she got pregnant.

It should thus not surprise anybody that 23 % of the girls in this age group become pregnant.

The Social consequences for unmarried pregnant girls in Nigeria are high; They include stigma, rejection or violence by partners, parents and peers.

Unplanned pregnancy and childbearing (especially for underprivileged girls in Nigeria) often lead the girls to drop out of school and more often than not, jeopardize future education and employment opportunities.

Funmilola took a drastic action with dire consequences in a desperate attempt to be free of the shame that comes with being a young unwed mother in a Nigerian society.

In a typical Nigerian christian family (the type in which Funmi is raised), conservative interpretations of the Bible frown upon any form of premarital sexual activity; and unmarried young women are expected to remain virgins until they get married.

Sexual issues are scarcely discussed in the open, except to reiterate messages of abstinence. But of course, premarital sex happen and when a pregnancy emerges, shaming is the punishment.

It is also worthy of note that girls bear the brunt of this shaming. In some cases, they are deprived of opportunities, friendships and the much needed emotional support.

All of these have mental health consequences.

They are more likely to experience posttraumatic stress disorder (PTSD) than other women as well.

With Funmilola’s traumatic experience of being rejected by the boy who got her pregnant, watching her dreams of going to the university fade away and facing the stark reality of becoming a single mom with very limited financial means and facing the moral judgement of her religious community, little wonder that her young mind snapped.

The Lagos State Police Public Relations Officer, Bala Elkana, said Oluwafunmilola was in custody. He says she would be charged.

With the public interest her case has generated, maybe she will get the help she desperately needs.

#COVID19: My Husband Is A Doctor & Each Morning When He Leaves For Work, I Worry – Chimamanda Adichie