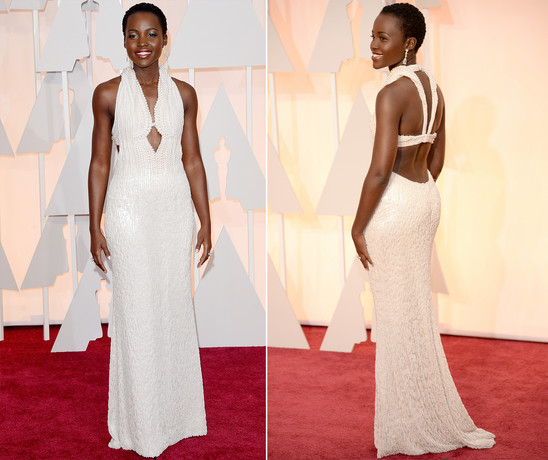 In 2014, Lupita Nyong’o took home best supporting actress and practically won the red carpet when she arrived in a light-blue plunge-neck Prada gown. In 2015, Nyong’o proved she could still wow on the red carpet without a nomination or even an appearance in a nominated film.

Nyong’o’s striking Calvin Klein Collection gown featured pearl detailing with a halter neck and dramatic scooped back. According to reports from the red carpet, there were 6,000 pearls on the dress.