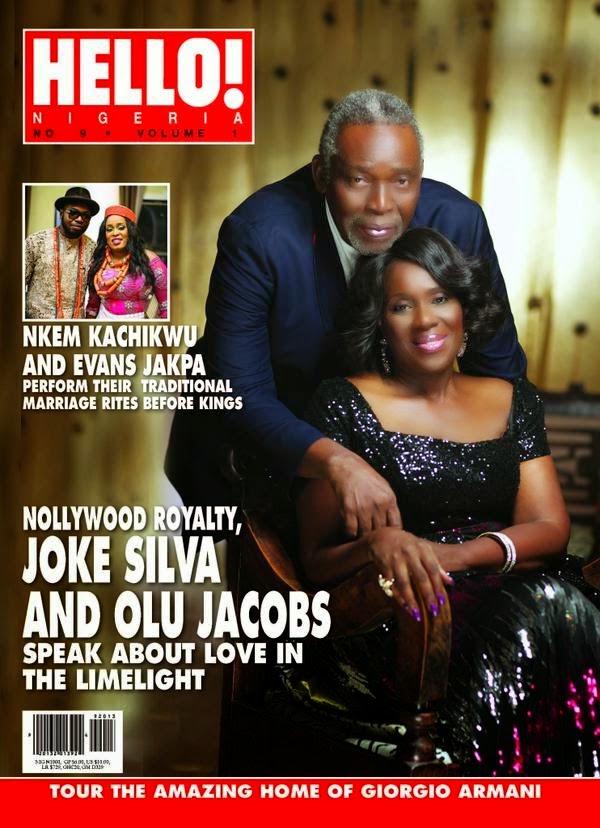 Oludotun Jacobs, popularly known as Olu Jacobs, is a Nigerian actor. He has starred in several British television series and international films. In 2007 he won the African Movie Academy Award for Best Actor in a Leading Role.

Joke Silva is also a Nigerian actress and director, married to Olu Jacobs. She has received several awards and nominations for her work as an actress including the awards for Best Actress in a Leading Role at the 2nd Africa Movie Academy Awards in 2006, and Best Actress in a Supporting Role at the 4th Africa Movie Academy Awards in 2008.

The legendary couple have been married since the eighties, they talk about their relationship in the Hello Magazine issue.

Actress Linda Ejiofor Is Flawless On The Cover Of Cedar Magazine