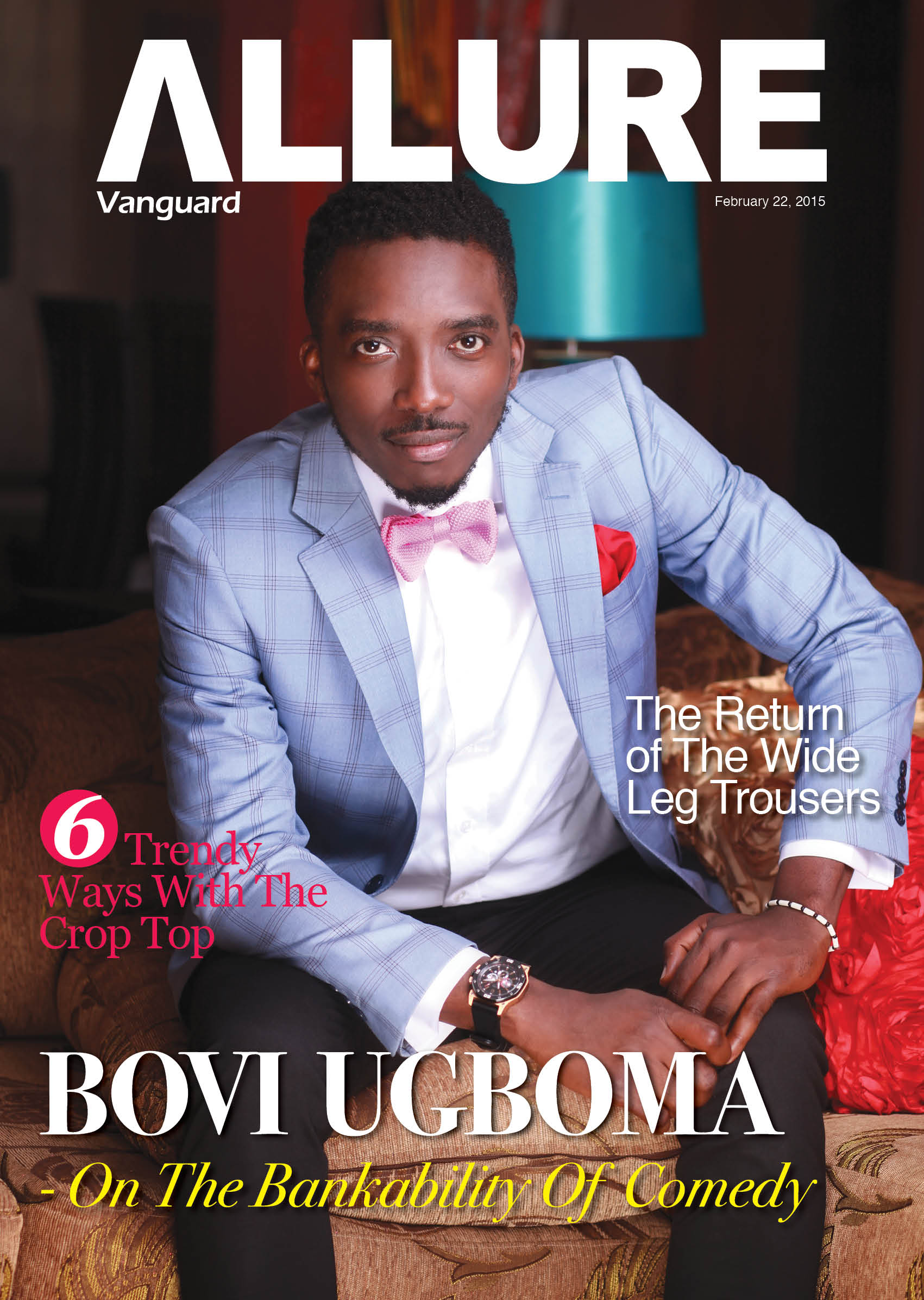 When you have a suave rib-cracking comedian whose grooming style leaves him with a trail of enthralled female fans, in a photo-shoot, what do you get? An awesome cover!

Ace comedian Bovi Ugboma covers the latest issue of Vanguard Allure Magazine. While he’s already considered one of Africa’s funniest men with his acclaimed performances and highly successful Man On Fire shows, Bovi is yet on the verge of a huge career boom as he embarks on an Australian tour this March, 2015.

Inside the magazine’s new issue, the delta state born entertainer dishes on the business of making people laugh and have them pay for their own laughter, rising to become one of the most sought after comedians on the continent, his adorable family and much more.

Other features include 6 trendy ways to rock the crop amongst others. A must read, this issue will be available on newsstands on Sunday 22
February, 2015.

Actress Linda Ejiofor Is Flawless On The Cover Of Cedar Magazine