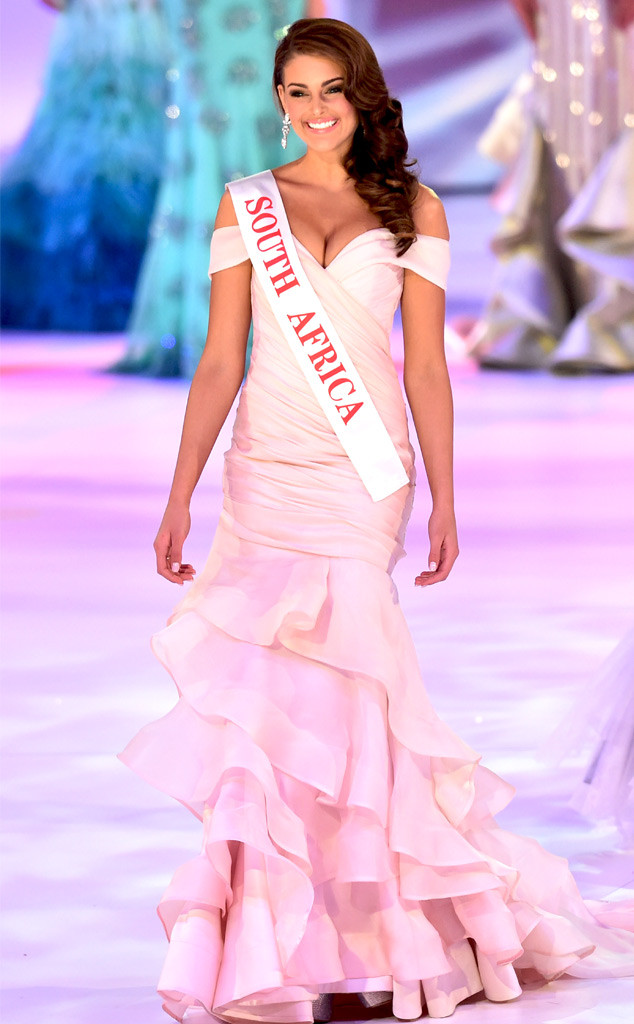 And the winner of the 2014 Miss World pageant is….Miss South Africa, Rolene Strauss!

The 22-year-old beauty queen was crowned onstage at the competition’s grand final at the Excel London ICC Auditorium on Sunday. Strauss, the daughter of a doctor and nurse, is a fourth-year medical student who had put her studies on hold. She had said becoming Miss South Africa and later Miss World and studying medicine were her childhood dreams.

“Everyone in my town called me Little Dr. Strauss,” she said.

E! News reports that Strauss was among 122 contestants who competed for the coveted title this year. During the ceremony, contestants wore colorful costumes representing their countries and territories and several also took part in a group performance of the hit ballad “You Raise Me Up,” made famous by Josh Groban.