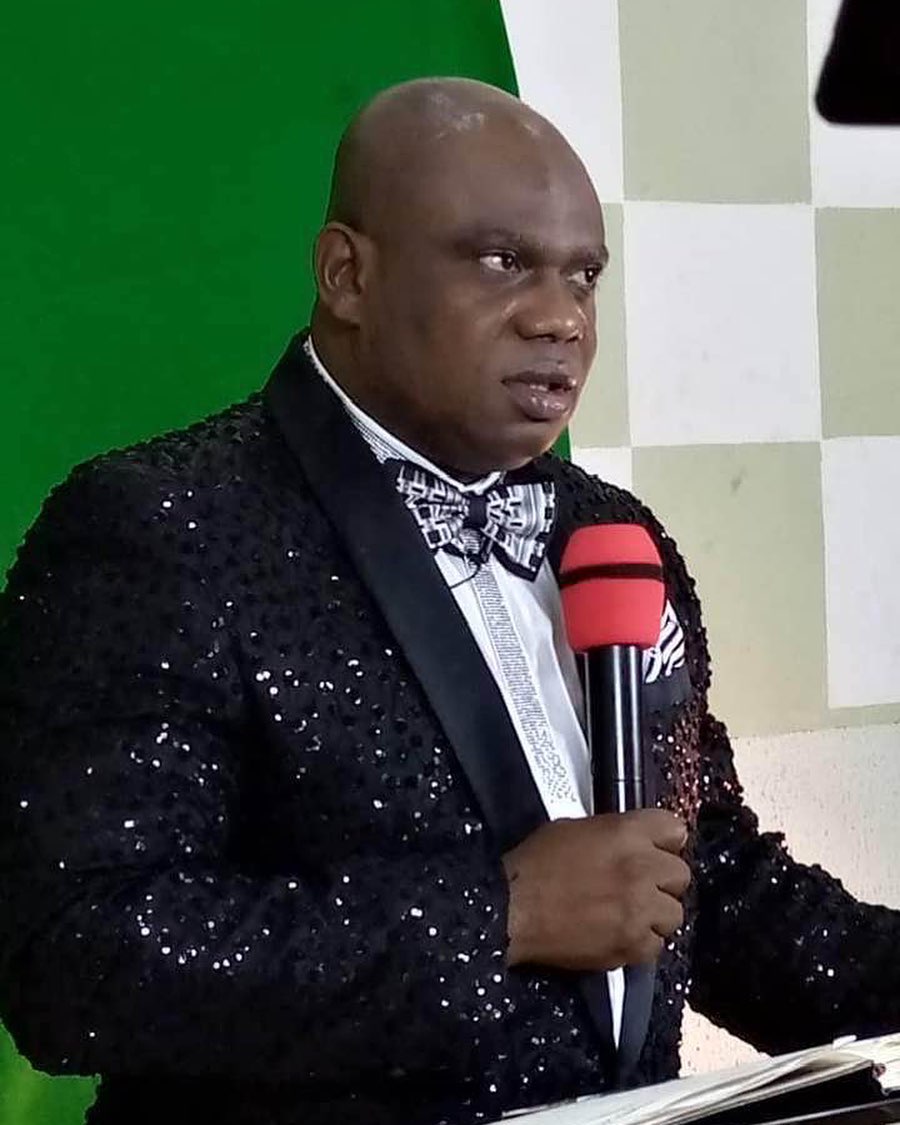 Apostle Chibuzor Gift Chinyere is a Nigerian Pastor, Philanthropist and the founder and General Overseer of Omega Power Ministries (OPM) with headquarters in Port Harcourt.

The renowned man of God is known for his philanthropic activities, which he has used to touch the lives of many people in need.

Apostle Chinyere journeyed from Port Harcourt to Lagos in search of greener pastures. He camped beneath a bridge while waiting for the Nigerian airport authority to hire him as a cleaner. He also sold GSM recharge cards and worked as a security guard to make ends meet.

Despite adhering to Pentecostalism, he was a Jehovah’s Witness. The Mountain of Fire and Miracles Ministries (MFM) caught his attention, and he began to lead house fellowships there. To begin gospel preaching on his own, he left MFM. He founded the Omega Power Ministries, also known as OPM, four years later, and throughout that time, he advanced to the positions of apostle and general overseer.

His ministry, the OPM, has grown large, with its headquarters in Port Harcourt. Apostle Chinyere has also touched the lives of many needy through philanthropic activities.

Apostle Chinyere is married to Nkechi Juliet Chinyere and is blessed with a daughter, Princess Juliet Chibuzor Chinyere.

Pastor Chinyere is estimated at a net worth of $4.5m. However, Newswirengr cannot independently verify this

Thousands of lives have been blessed by Apostle Chibuzor Chinyere through his nonprofit organization, OPM foundation.

The foundation has achieved empowerment via training, almsgiving, and recuperation. In 2010, the nonprofit opened and ran the Free Computer Training Center at Elele prisons. Numerous prisoners, including prison guards, received degrees from the program.

Over seven years ago, the foundation started its university scholarship program with each indigenous Nigerian from the federated unit.

The Foundation opened a free computer and tailoring training facility in Rumuji Town, Emuoha LGA, Rivers State, in 2012. The initiative has benefited many locals, including visitors.

The organization also provided and put into service water boreholes for the inhabitants of Rumuji and other communities in Nigeria to solve the issue of water scarcity in the region.

In addition, Apostle Chibuzor sponsored 140 couples who showed up for a wedding ceremony. He offered the men money to give to their surprised in-laws to cover the bride price. He covered the cost of the bridesmaids’ outfits, groomsmen’s suits, and refreshments for the ceremony’s guests.

In addition, Apostle Chibuzor gave a house, a car, and a restaurant to the family of Deborah Samuel, the woman killed in Sokoto State for blasphemy. He also gave destitute actor Kenneth Aguba a house.

In recognition of his humanitarian work, Apostle Chibuzor has received both national and local honours from prestigious institutions and groups, including an honorary doctorate in theology from Philadelphia, USA’s Freedom University and Theological Seminary.

From the School of Ministry and Mentor Academy in Houston, Texas, the United States, he received an honorary degree in illusions and evangelism.

He received a Golden Award from the National Association of Nigeria Students in September 2012 for his exceptional philanthropic work.

He received the 2013 Fearless Preacher of the Year Award from The GoodNews Magazine. He was given the Inter-Religious and International Federation for World Peace’s Ambassador for the Peach Award.

He is an associate fellow of the institute of industrial administration. He was also honoured with an award as the peace advocate/youth empowerment by the Niger Delta Non-violent Movement.

Related Topics:apostle chinyere
Up Next

Meet Danny Manu: Ghanian Who Invented The World’s First Auto-Translator Earbuds That Can Translate Up To 40 Languages