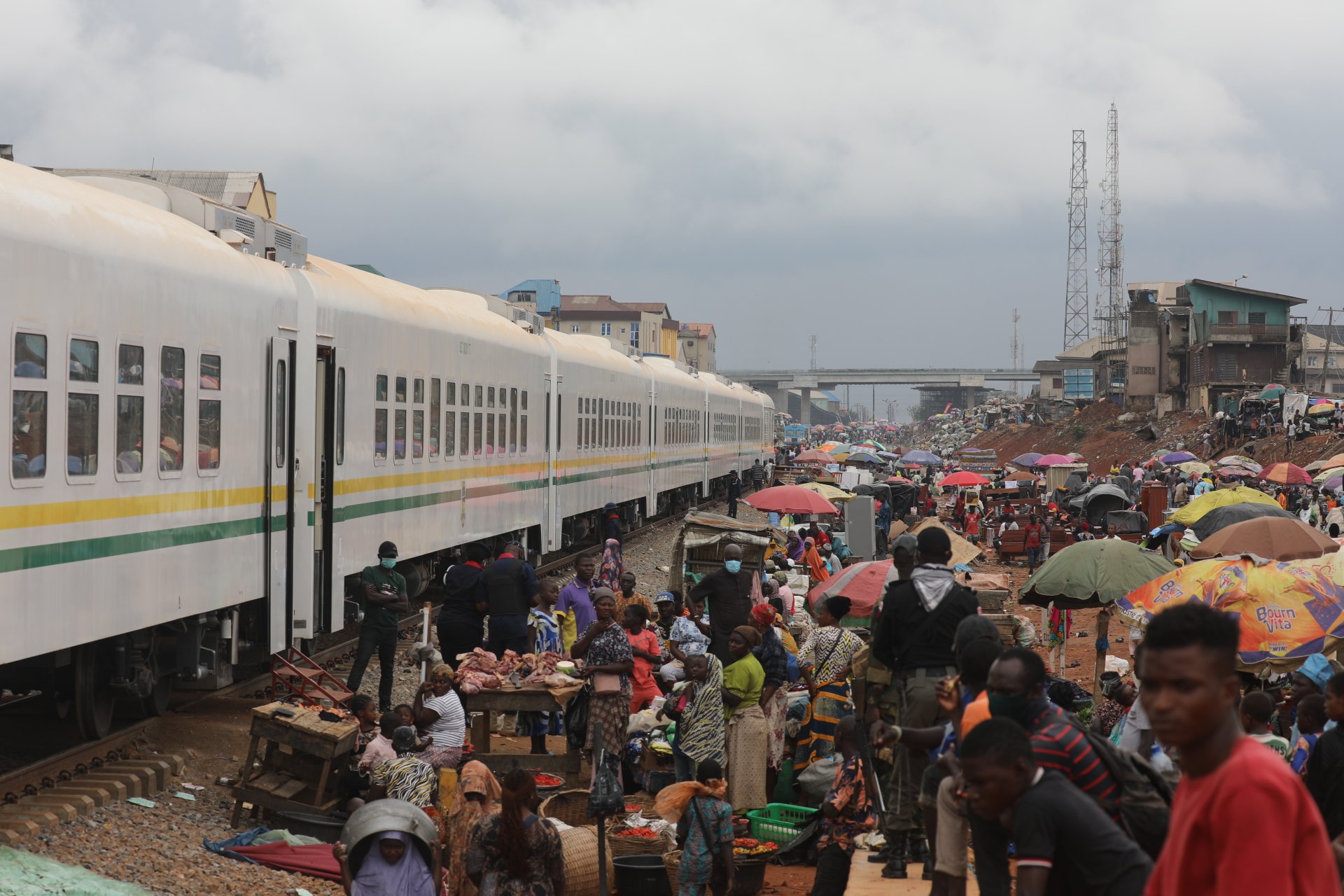 The Minister of Transportation, Mr Rotimi Amaechi, says the Lagos-Ibadan Standard Guage Rail line should be ready by December, considering the progress works on the construction of rail stations by contractor.

Amaechi gave the assurance while briefing journalists in Ibadan, Oyo State capital, at the end of his monthly routine inspection tour of the project.

The minister started the inspection tour from Ebute-Meta in Lagos, in company of other management staff of the Nigerian Railway Corporation (NRC).

NewsWireNGR reports that though, the track laying from Ebute-Meta in Lagos to Ibadan in Oyo State, had been completed, the 10 stations along the line were at various levels of completion.

Amaechi said that there had been some improvements and progress in the construction of railways stations along the line.

He said that in some of the 10 stations along the line, the contractor, China Civil Engineering Construction Corporation (CCECC), had finished doors, windows, roofing, flooring, ceiling and lighting.

“Olodo (Station) is just near the completion. At Kajola, what is outstanding is just painting. There are changes at Ebute-Meta. There was improvement in Kajola, Olodo, and Ebute-Meta, though, not to the extend I expect that it should be.

“They have given us the target; by the end of September, three stations will be ready.

“The only one station they (CCECC) are afraid of is Apapa (Station), because they started very late, but I insisted that Apapa should be completed at the same time as the rest,” he said.

The minister said he had assured the contractor of provision of a task force to help the speedy completion of Apapa Station, adding that he would come to assess the work by the end of September.

He expressed belief that everything would be put in place before the end of December for movement to passengers and goods.

“Timeline has not changed. Do they meet my target? The answer is No. My target was before we come on Sept.15 for inspection, they should have finished all the minor stations,” he added.

According to him, the excuse given by the contractor was that they didn’t have enough engineers to supervise because of COVID-19 pandemic.

“The same engineers supervising Agbado supervise Agege, that is slowing them down. For me, that is not an excuse.

“I want this work done quickly, because I want to move out of this place.

“Their position is that by next week more engineers will be coming; we expect them to isolate for seven days and work will commence. Once, work commences, they will be faster,” the minister added.

On the Oshodi train accident on Monday, Amaechi, described loss of two lives in the incident as unfortunate, urging motorists to be careful on the rail tracks.

He decried trading activities on the rail tracks, saying that there must be enforcement of law.

The minister said that government would fence the Lagos corridor to prevent people from trading and playing on the rail tracks.

On allegation of train attack on Abuja-Kaduna Standard Guage, Amaechi said that the news was not true.

On what next after the project, the minister said that apart from Ibadan to Kano rail line, the ministry had sent to the cabinet for approval of the award of two railway contracts.

According the him, the contracts are Port Harcourt – Onne -Maiduguri; Kano-Maradi Railway and Lagos to Calabar.

On the inauguration of Itakpe-Warri Railway, the minister said that President Muhammadu Buhari was ready.

Also, Mr Fidet Okhiria, the Managing Director of NRC, said that the corporation was still discussing with the contractor on when to commence skeletal operations on the Lagos-Ibadan Rail line.

Okhiria said that the rolling stocks had been delivered, but the corporation was discussing some modalities, including safety.

According to him, the NRC has not fixed any date for the skeletal commercial operation

Related Topics:TransportLagos-Ibadan rail
Up Next