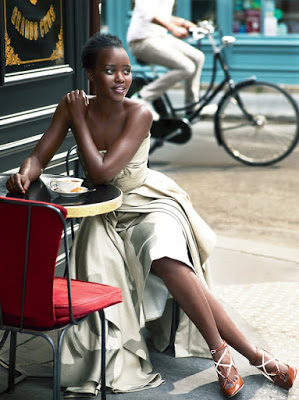 32-year-old Lupita Nyong’o, who took on the role of the slave girl Patsey in Steve McQueen’s 12 Years a Slave while a student at Yale went on to win an Oscar in 2014.

I’m definitely attracted to more dramatic roles,” says Lupita. “I like playing characters that stretch me