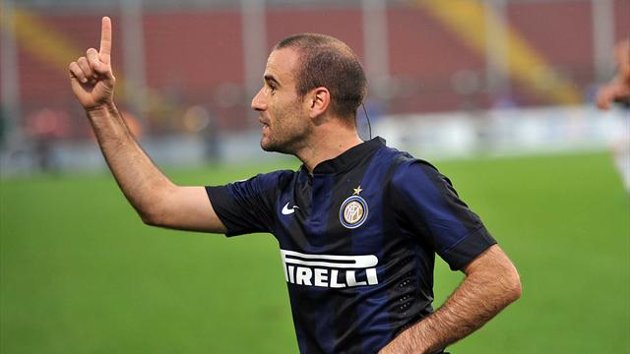 Inter Milan Striker,  Rodrigo Palacio has penned a new deal with the Italian giants which will keep him at San Siro until 2016.

Palacio has scored 36 goals in 60 appearances for the Nerazzurri since leaving Genoa two years ago, with a third of those goals arriving this season as fifth-placed Inter battle Napoli and Fiorentina for a Champions League place.

A statement published on Inter’s official website described Palacio as “a reference point for the team and a champion beloved by the fans” who is “tireless and generous to his team-mates but capable of great solo efforts”.

There were fears among Inter fans in recent weeks he would be tempted to cut his stay in Milan short this summer to return to his homeland amid interest from former club Boca Juniors.