The Smartest Criminals In History
Advertisement 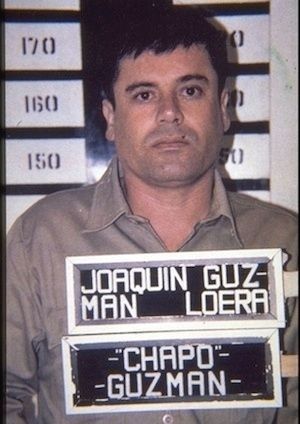 Frank committed his crimes between the ages of 16 and 21. He opened numerous bank accounts while using various identities, and during this time, he faked his driver’s license to appear ten years older. He trained as a pilot to avoid detection while cashing his fake checks. He made a fake employee ID and pilot’s license.

He forged $2.5 million in bank checks in 26 countries where he had flown as a pilot.

He moved to Georgia shortly after retiring as a pilot and became a paediatrician. He resigned after nearly killing a baby. He then worked as a lawyer, claiming to be a Harvard graduate.

Twelve countries sought his extradition when he was arrested in 1969. He pretended to be an undercover inspector while in prison, which earned him preferential treatment.

He served as the inspiration for the film “Catch Me If You Can.”

Escobar was born in Colombia’s Antioquia region in 1949. Pablo had aspirations of becoming wealthy by 22, and he often boasted about this to his friends. By the 1980s, Escobar was in charge of 80 percent of the cocaine entering the US. Every month, the gang imported 70 to 80 tons of cocaine.

Pablo Escobar earned over $420 million per week at his peak. For his money, he spent about $2,500 per month on rubber bands. Escobar appeared on the Forbes list of world millionaires from 1987 to 1993. He was the seventh-richest person in the world in 1989.

Victor twice sold the Eiffel tower. It’s the biggest fraud ever perpetrated by a con artist. Victor Lustig’s life inspired the book “Handsome Devil.” He was regarded as the boldest and most flamboyant con artist.

Victor Lustig was reading a newspaper article about the Eiffel Tower and how the government had trouble raising money for its upkeep in 1925 as he sat in his hotel room in Paris. Victor decided to sell it from this point on. He did so twice.

El Chapo’s real name – Joaquin Archivaldo Guzmán Loera- successfully escaped prison twice. He was detained in a Mexican jail for 20 years in 1993 on charges of murder, kidnapping, and drug trafficking.

Due to the success of his cartel, he became extremely wealthy. On January 19, 2001, he paid the prison guards roughly 2.5 million and made a quick getaway.

On February 22, 1944, he was taken into custody once more. He was, this time, imprisoned in a highly remote prison with no privileges.

To escape this time, his men purchased land about 0.7 miles from the prison and began building a tunnel to El Chapo’s bath area. El Chapo was last seen leaving the bath area at 9 p.m. on July 11, 2015.

Mr Nwude persuaded Mr Sakaguchi to invest in a new airport in the nation’s capital, Abuja, in exchange for a 10 million commission by posing as Paul Ogwuma, the then Governor of the Central Bank of Nigeria. The crime was committed in 1995 but was found out in 1998.

Bernie, a fraudster and financier from the United States, created the greatest Ponzi scheme in history, which netted roughly $64.8 billion. Over nearly 20 years, Madoff’s investors lost more than $50 billion until the FBI discovered the fraud in 2008.

Mark is the most talented jailbreak expert in recorded history. At 19, he was sentenced to prison and became a nightmare for every American prison guard. He was bullied by inmates and abused by guards during his 35 years in prison. In 13 attempts, he managed to get away seven times. His initial sentence was four years, which is the most unbelievable thing. But because he frequently broke out of jail, the final term was raised to 105 years.

Mithilesh Kumar Srivastava was a lawyer who turned into the ‘great Indian con man. He effortlessly sold prized Indian monuments and duped big-shot industrialists. By posing as a government official, he sold the Taj Mahal three times and the Parliament House of India (along with its 545 sitting members) to gullible foreigners. He was arrested nine times, but each time he managed to escape. He even pretended to die twice.