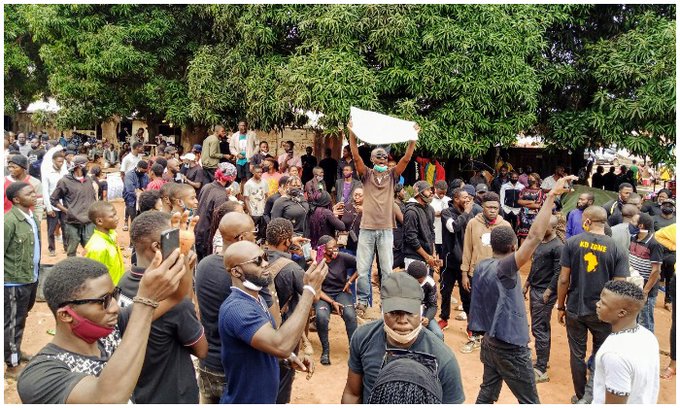 The Kaduna State Police Command on Saturday arrested some protesters, who took to the streets of the sate today over what they described as “genocide” in the southern part of the state and the government’s inability to arrest the situation.

The protesters were said to have paralysed activities at the Kaduna Refining and Petrochemical Company, a subsidiary of the Nigerian National Petroleum Corporation, located in the Chikun Local Government Area of the state.

The protesters comprising youths defied security operatives whose presence was said to have been intentional to intimidate them into aborting their demonstrations.

The youths insisted that the federal and state governments must find a lasting solution to the killings in Southern Kaduna.

The protesters clad in dark attires, carried placards with inscriptions such as “Enough is Enough,” “We cannot continue like this,” “Southern Kaduna lives matter,” “Government has failed us,” “Allow us to defend ourselves if you can’t,” “End killings in Southern Kaduna,” among others.

“Some of them were arrested because they did not inform us about the procession. I cannot tell you how many of them were picked now but I will get back to you later,” Jalige told our correspondent.

Related Topics:PolicecrimeSouthern Kaduna killings
Up Next