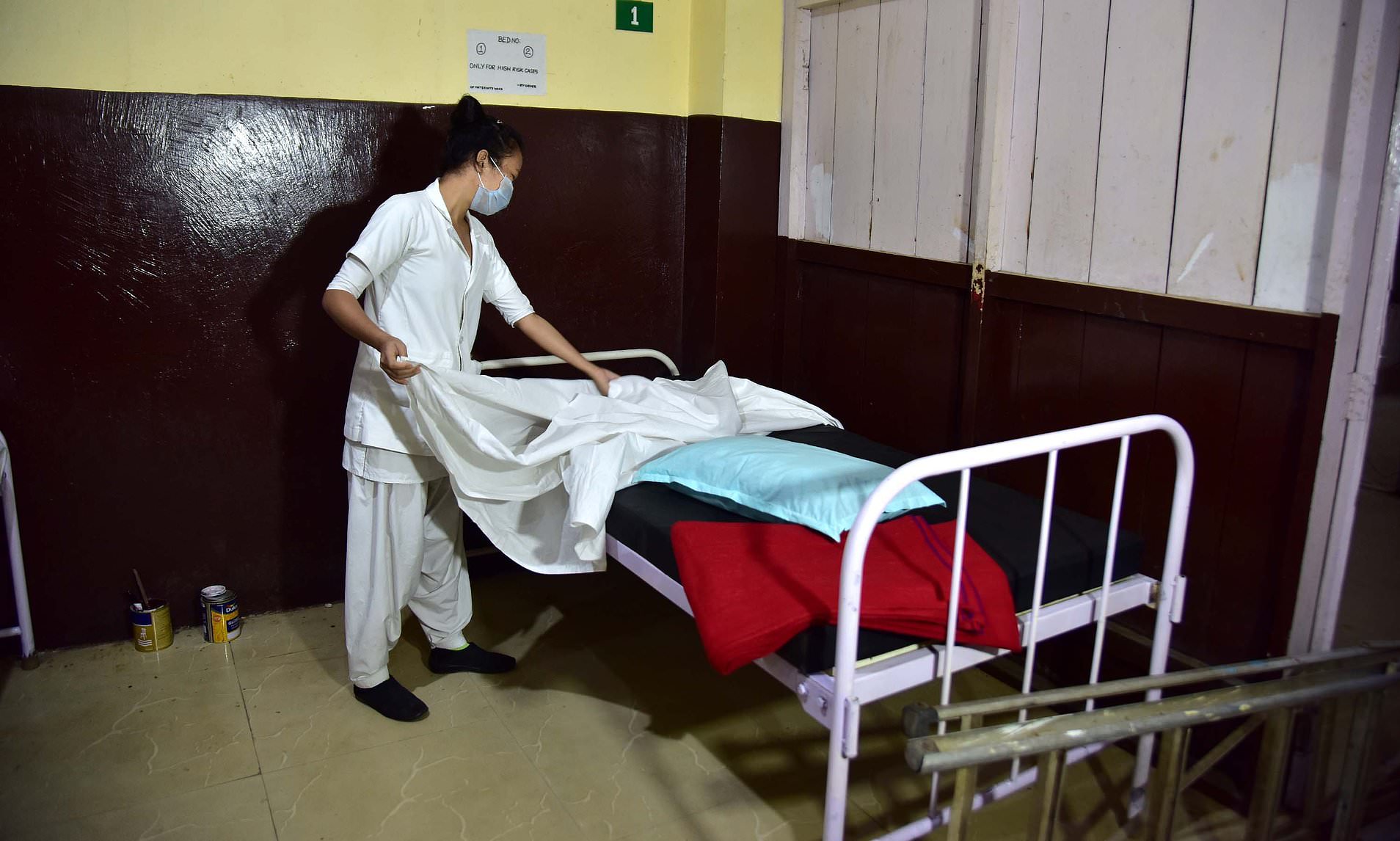 The killer coronavirus can spread through the air and remain contagious for hours, another study has suggested.

US scientists found high levels of the bug lurking in the air in rooms long after patients had left.

What’s more is that traces of the coronavirus were also discovered in hospital corridors outside patients’ rooms, where staff had been coming in and out.

The University of Nebraska researchers behind the study say the finding highlights the importance of protective clothing for healthcare workers.

It follows a wealth of studies that have suggested the highly contagious disease does not just spread via droplets in a cough or sneeze.

Scientists around the world are scrambling to understand how the virus, which has now infected 785,282 people and killed almost 38,000, sheds and spreads.

The latest study, which has not been peer-reviewed by other scientists yet or published in a scientific journal, took samples from 11 patients’ rooms after they had been placed in isolation following a diagnosis.

The researchers found viral particles in the air both inside the rooms and in the hallways outside of the rooms.

Their finding suggests people may be able to contract the bug without ever being in direct close proximity to an infected person.

Related Topics:NigeriaHealth Workers
Up Next

COVID-19: There’s No request from Nigerians abroad to be evacuated back home says Foreign Affairs Minister