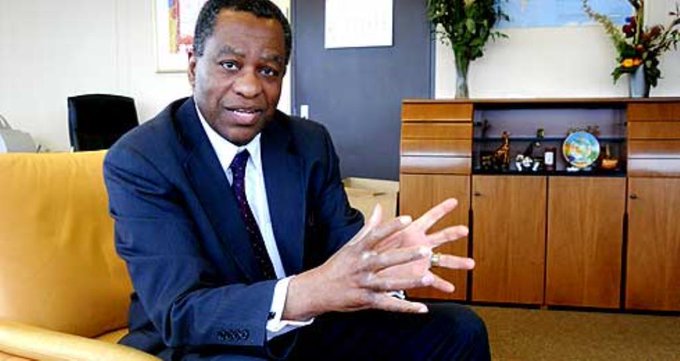 The Minister of Foreign Affairs,Geoffrey Onyeama, says his ministry has not received any request from Nigerians abroad for their evacuation in view of the global Novel Coronavirus (COVID19) pandemic outbreak.

Mr Onyeama made this known on Tuesday in Abuja at the Presidential Task Force briefing on update of COVID-19 in the country.

“As of now, we do not have any request from any of the embassies from Nigerians wishing to be evacuated from various countries”, the News Agency of Nigeria reports.

“But certainly, if we receive notification from any of our embassies, we will react accordingly,” he said.

The minister, responding to an allegation, said it was not true that a Nigerian lady and her husband were poorly treated in Lome, Togo, while on their way back from Brazil, through Addis Ababa, to the country.

He said the Government of Togo was placing anyone coming from a foreign country in isolation, saying that they were rightly placed in a four-star hotel.

“They were kept in separate rooms, and because the period of isolation is still on, our ambassador is not even allowed to see them. But he is aware that they are well looked after; so, it is wrong to say that a Nigerian lady is living in deplorable conditions in Togo,” he said.

Meanwhile, the Minister of Aviation, Hadi Sirika, said flights considered essential for which permissions for landing might be sought and granted included: Aircraft in a state of emergency, over flights and operations related to humanitarian services, medical and relief services.

Mr Sirika said others were alternate aerodromes identified in the flight plan, including those used for extended diversion time operations, technical stops where passengers do not disembark, cargo flights and other safety related operations.

The minister noted that with the exception of aircraft in a state of emergency, request for approval for other flights was required and must be directed to him, as the sole authority to grant approval.

He said protocol for the operation and handling of such flights would be provided with each approval, while flight crew would not have physical contact with designated government officials and ground workers.

Earlier, Chairman, Presidential Task Force for the control of COVID-19, Boss Mustapha, said the Central Bank of Nigeria (CBN) Governor had already rolled out a lot of economic stimuli that would help to keep the economy going.

Coronavirus spread through the air and lingers in rooms & doors long after patients have left, study finds