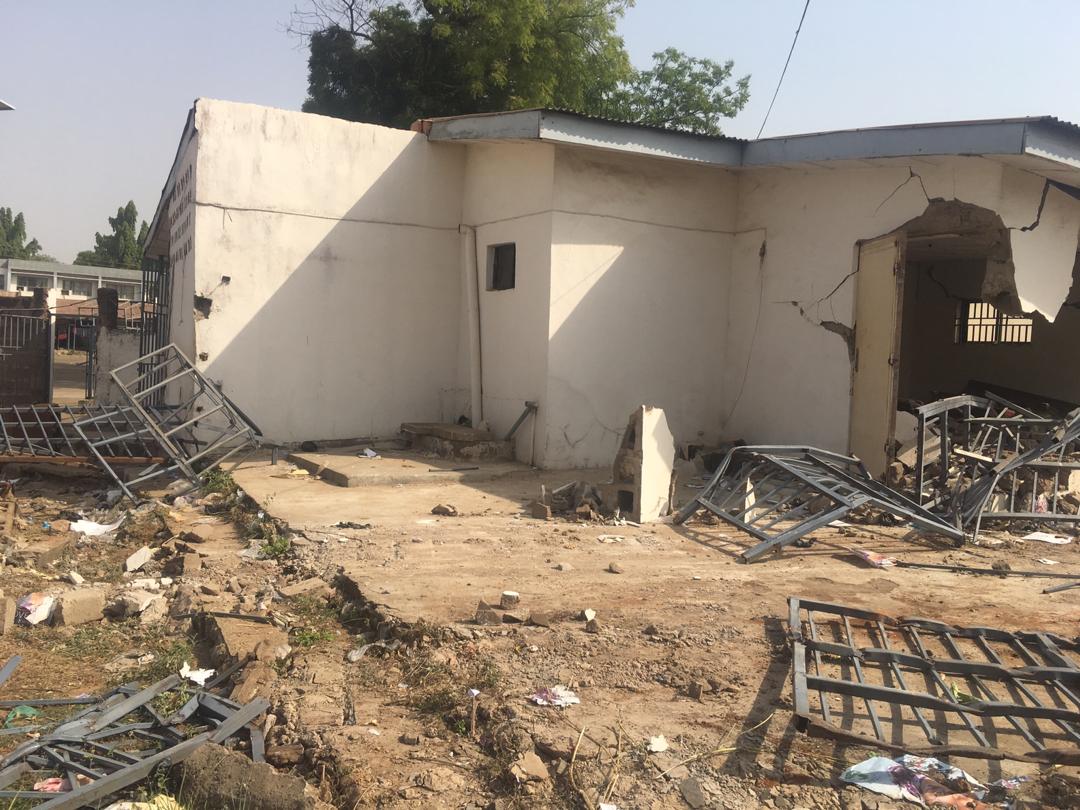 TheCable Newspaper reports that the building was demolished early Thursday after security operatives dispersed protesters, including aged women within the complex.

The state government had fixed midnight for the demolition exercise to avoid a clash with Saraki’s loyalists who had been keeping a vigil in the area.

AbdulRahman AbdulRazaq, the state governor, in December announced his decision to revoke the late Olusola Saraki’s property owing to alleged illegality in its acquisition.

He said the land was originally designated for the construction of a secretariat and parking lot of the civil service clinic, but that it was unlawfully allocated to a private firm — Asa Investments Limited — without any record of payment to the state government.

“The property had been rightfully allocated to my late father under the name of one of his companies, Asa Investment Limited, since the 1980s and contrary to the claim of the Governor, the land was properly allocated and a Right of Occupancy title issued on it,” Saraki said.

UNICEF says a total of 26,039 babies born in Nigeria on New Year Day