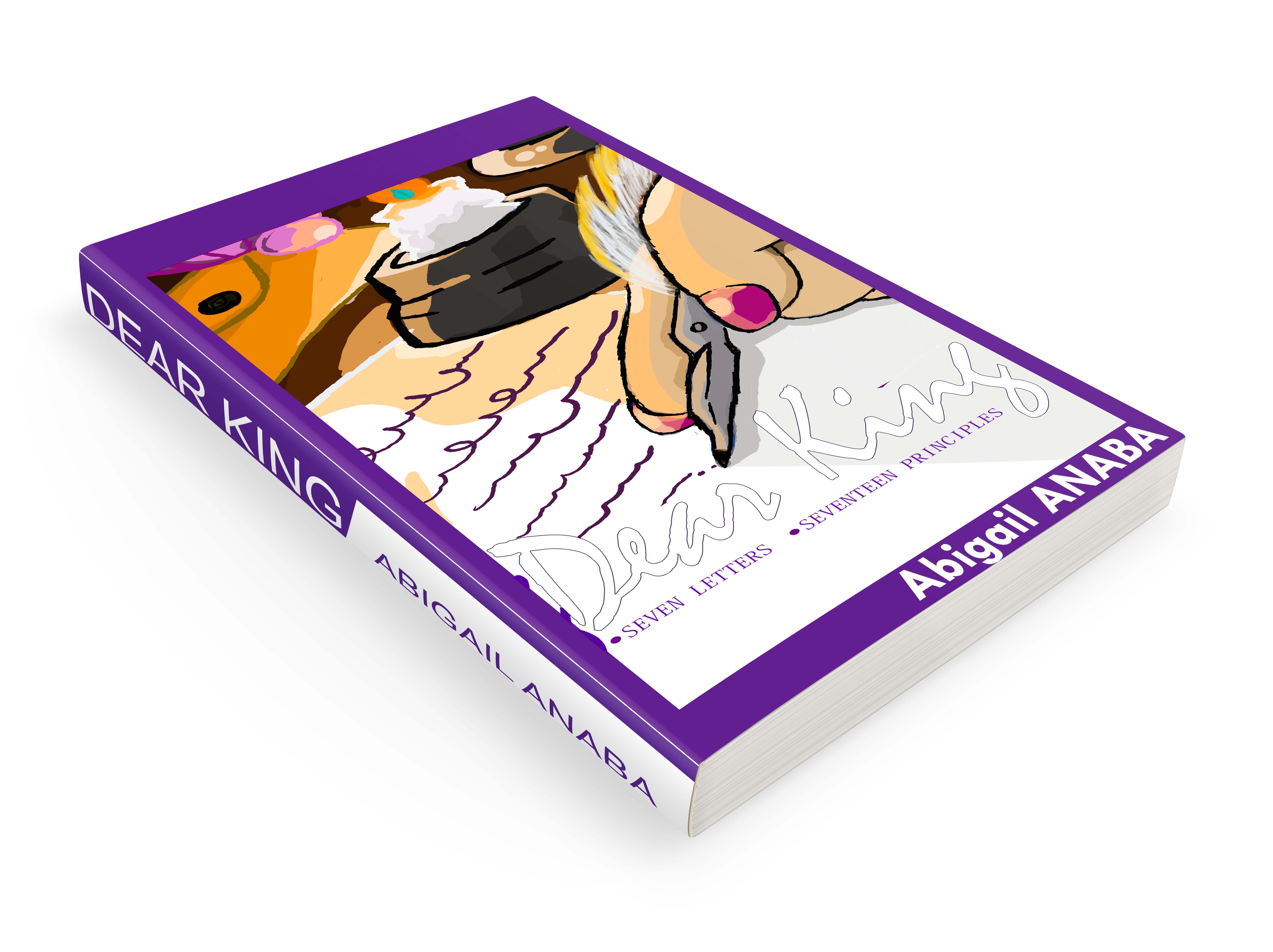 Her book has been described as ”bold” and  “perfect for this generation of teenage boys”.

Sola Adio, Convener of “Breaking Soul ties” calls it, “a comprehensive manual for living that all boys should read at least twice”.

One reviewer said about it: “The tone of the book is distinctly traditional…It’s take on feminism…will probably turn a few people off”.  The book is #DearKing by NewsWireNGR contributor Abigail Anaba. A book written as a heartfelt compilation of seven letters and seventeen principles from a mother determined to give her sons the best direction possible.

In this interview with Mercy Abang, the author of Dear Kings, Abigail Anaba, talks about her soon to be released book and her stand on feminism and gender related issues.

Tell us about your writing journey

That is quite a journey. So what has been the drive, why writing?

Well, I would say writing chose me. I didn’t always want to be a writer or should I say I didn’t expect that at some time I would be working and earning money with writing. As for why? I love writing, putting down my thoughts in creative ways. It was a hobby that turned into work.

So let’s talk about your latest work, Dear King. It is quite a project.

Yes, I must say it is something I thought about for a long time. At first, I was scared of doing it because I did not think it would be well received. I was going to be talking about something a lot of people did not want to hear about and which I am always getting a lot of backlash for speaking out about.

When you say backlash how do you mean?

As far back as 2013 or 2014 when Twitter wasn’t as volatile as it is now, I had written an article addressing the issue of rape. It was titled, “Rape, is a woman ever to blame?” My position then as it is now is that when rape occurs, it is wholly the fault of the perpetrator, but there are things that people could do to prevent rape. My position did not go down well with the feminists in particular who regarded any talk of rape prevention as victim shaming.  After that time, I have routinely come under attack for my views of gender matters.

Now that you mention feminists, let me ask you question straight up: Are you a feminist?

That’s shocking. I know you as an advocate for women’s rights. In fact, you have written articles for NewsWireNGR focused on women empowerment.

That’s true. I do believe in beaming a searchlight on issues that affect women but not as feminist issues; I see these as human right issues. I believe this is a higher way of thinking (not that I am claiming superiority of thought). In my mind, separating women’s issues from human rights issues can lead to either of two things – presenting women as superior or presenting them as inferior. If you look at it, feminism has done both. It has led to inequality in addressing issues whereby men are relegated to the background and debased while perpetrating a victim mentality. Both positions ultimately hurt women.  And then, there is the point that feminist ideology works against the structure of family life. I cannot in good conscience support such an ideology.

When you say family structure what do you mean?

The headship arrangement. The man is the head of the family. And that his wife should submit to his authority. You do know how feminists react to this topic.  They believe in ‘egalitarian marriages’ – a myth if there ever was one. There is a hierarchy within the family. There really can’t be two heads or co-heads. One will have to be a senior head to whom the other differs. Feminists, in general, do not subscribe to this arrangement.

You did talk about this in your book.

Yes, I did. The book was addressed to men, and I did talk about the role of family heads and what responsibility this puts on them.  Especially how much more significant to the success of a family the command to love is. I think the focus on submission by men is misguided. Even men are required to be submissive to the will of God. So submission is not just a woman thing. And when the Bible states that love endures all things, hopes all things, it alludes to the fact that a man who loves his wife is required to submit to her will unless a Godly principle is involved and is about to be contravened. Abraham was told to listen to his wife…in order words, submit to her wishes.

There was a lot of emphasis on gender differences in your book; this seems to go against the general belief that men and women are the same.

I read a whole lot of literature by neuro-scientists which point out to the contrary. There are neurological differences between men and women which lead to psychological and emotional differences between the sexes. Of course, gender activism has been trying to suppress these researches and scientists that have pointed them out are often blacklisted. We saw what happened to Allesandro Strumia recently when he posited that women are not discriminated against in STEM fields.  There is also the great work done by Dr Debra Soh, who also endured backlash for her work in defending the academic freedom of speech on gender issues. There is so much suppression going on, and I think society should not sit back and let this happen.  Different does not mean legally unequal. Pointing out that men and women are different is not misogyny. This is another reason I feel women’s issues should be treated as human rights issues.

So to end this interview, why do you think people should get and read your book?

A lot has been happening in the field of gender activism, and I believe the prevailing thought in this area is skewed more towards fighting for the superiority of women over men than equality of opportunities. I strongly believe that you cannot legislate outcomes. Even two women given the same opportunities will not achieve the same outcomes. A good friend of mine said that if you want to control people, you will first control their language. The language employed by gender activists and the prevalence of such language is creating a breed of unmanly, irresponsible men which will not augur well for society. It will not make men happy ultimately, and it is already shown not to make women happy. My book teaches parents how to raise the next generation of boys and teaches the young boys how to be better.  It is a manual; we need manuals so that things can work better; this is why everyone needs to read my book.

Editor’s note: Dear King is available for pre-order on https://iccom.ng/shop . It wil be officially released May 1, 2019.You can read download and read a free excerpt here(https://iccom.ng/product/dear-king-free-chapter/ )