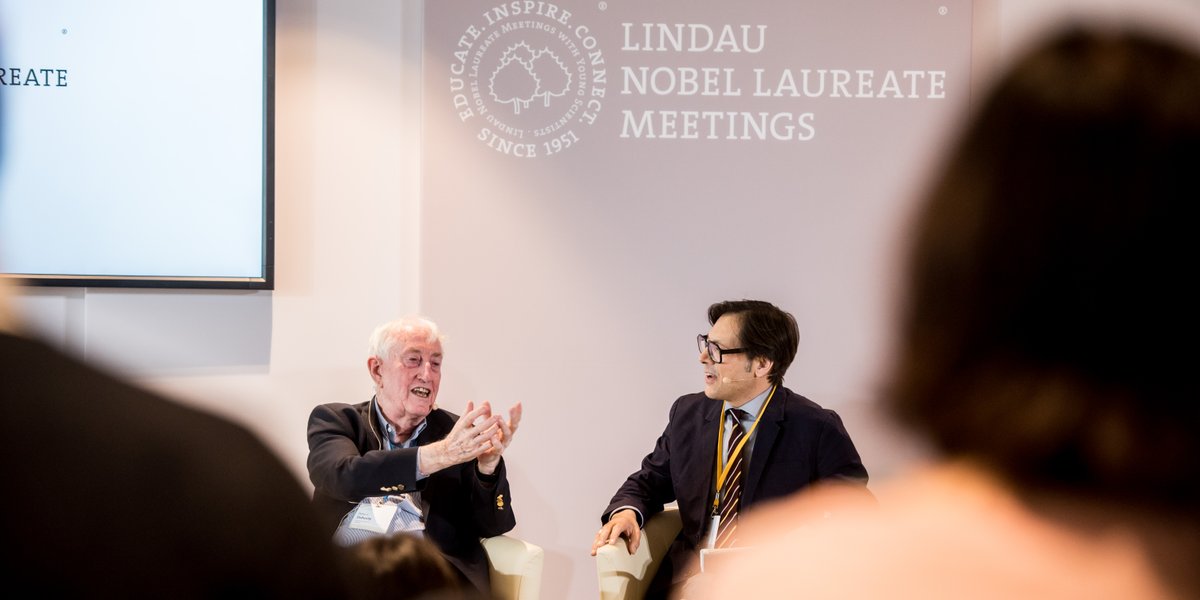 Scientific evidence as an answer to fake news – this is the guiding idea of the 68th Lindau Nobel Laureate Meeting, which has been opened today in Lindau, Germany. Until 29 June, 39 Nobel Laureates and 600 international young scientists will be gathered together for exchange at Lake Constance. This year’s meeting is dedicated to physiology and medicine with special emphasis on the role of science in a ‘post-truth age’, research on the inner clock, genetic engineering as well as scientific publication practices. As a medicine meeting, it sets two records: never before have so many Nobel Laureates taken part, and, with 84 nations represented, never before have the participants hailed from as many countries.

For the first time since 2015, the meeting can once again take place in the newly refurbished Inselhalle Lindau. The venue is now fitted with state-of-the-art technology and boasts many new spaces, which particularly enables new programme formats with more opportunities for exchange among the participants.

The opening speech was given by the new German Federal Minister for Education and Research Anja Karliczek as representative of the federal government. She called on scientists to intensify and refine their efforts to explain themselves in an era of ‘post-truth’ practices. “Especially now in these times of simplistic answers and false reports I want to clearly hear the voice of science. Your work must be relevant for people, but scientists also have to go out into the world and share their knowledge and enthusiasm with others. Year after year, Lindau takes a clear stance, which is more important today than ever before. Laureates and junior researchers are ambassadors of science in a free society that does not allow itself to be misled by false and populist news.”

In her welcoming words, the hostess Countess Bettina Bernadotte, President of the Council for the Lindau Nobel Laureate Meetings, appealed to scientists to put a stop to the ubiquity of false information through clear communication and by engaging in an open dialogue with society. “We have to stress the value of science as a reliable anchor in a turbulent world. The goal must be to bring this value closer to the wider public as well as to political decision makers.” As a forum for dialogue and exchange, the Lindau Meetings are perfectly suited to this task.

Nobel Laureate Elizabeth Blackburn opened the Lindau Meeting with a keynote speech from the perspective of a leading scientist. In remarks directed towards those shaping research policy, she pleaded for a stronger integration of science in political decisions to resist the ‘post-truth age’.

The Free State of Bavaria was represented on the opening day by the State Minister for Science and the Arts Marion Kiechle. Austria dispatched the new Federal Minister for Education, Science and Research Heinz Faßmann. Besides additional high-ranking guests from science, business and politics, numerous representatives of national and international scientific academies also came to Lindau, including the academy presidents from South Africa, Mexico, Norway and the German National Academy of Sciences (Leopoldina).

For no less than nine of the participating Nobel Laureates 2018 marks their first time at a Lindau Meeting. Those participating for the first time include the freshly minted Nobel Laureates in Physiology or Medicine Michael Rosbash and Michael Young, who were honoured for their research on the inner clock and who will kick off the scientific programme with their lectures on Monday.

For the first time, so-called Agora Talks in which laureates respond to audience questions will be incorporated into the six-day programme. Young scientists will present their research in Poster Flashes and Master Classes. During so-called Science Walks, Nobel Laureates and young scientists will allow themselves to be inspired by the beautiful landscape while strolling through Lindau and its environs.

Since their founding in 1951, the Lindau Nobel Laureate Meetings have developed into a forum for international exchange in the natural sciences that is unique worldwide.