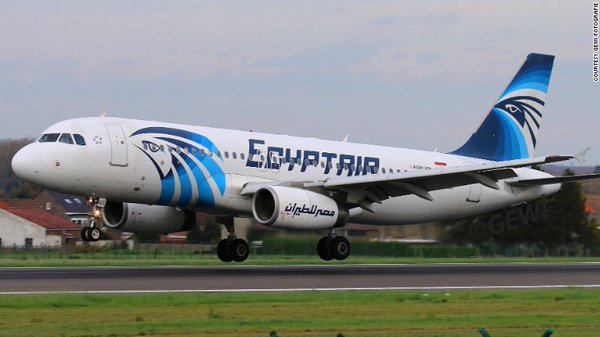 EgyptAir Flight 804 from Paris to Cairo disappeared from radar with 66 people on board, the airline said. Here’s what we know so far:

• Greek controllers tried to reach the plane 10 miles before it left the country’s airspace but received no response.

• The plane “swerved 90 degrees left and then 360 degrees to the right” before plunging into the Mediterranean, a Greek official says.

• The location of last contact was 173 miles (280 kilometers) from the Egyptian coast, the airline said.

• A distress signal was detected in the vicinity where the flight disappeared from radar 2 hours later, but it could have come from another vessel.

Related Topics:Breaking newsEgypt air
Up Next