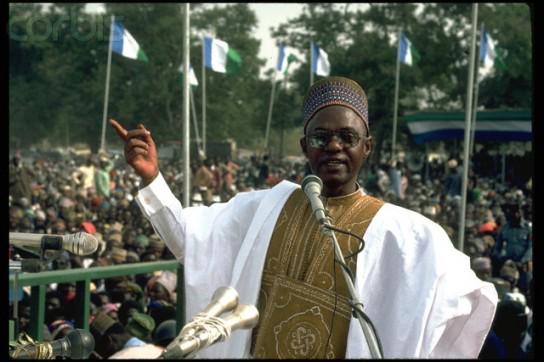 Some Nigerians had taken to social media reporting that the President of Nigeria’s Second Republic (1979–1983), after the handover of power by General Olusegun Obasanjo’s military government, Shehu Shagari had died..

The 90-year-old Shagari, a northerner of Fulani extraction and holds the aristocratic title of Turakin Sakkwato in the Sokoto Caliphate is still alive according to multiple sources who confirmed with NewsWireNGR.

Shagari worked as a teacher for a brief period before entering politics in 1954 upon his election to the federal House of Representatives.

The personal assistant to the Second Republic president and head of the Shehu Shagari Foundation, Dr Atiku Nuhu Koko, who also confirmed the report to Nigerian Tribune, rebuffed the news of Shagari’s death already circulating on the online media.

Breaking: Lee Kuan Yew, Man Who Turned Singapore From A Poor City To A Developed Country, Is Dead

“The More I Struggle To Belong, The More The Rivers Man In Me Rejects The APC” READ Amaechi’s Deputy Speech On Defection