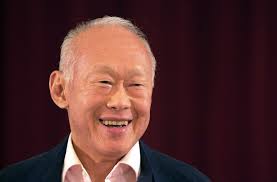 Lee Kuan Yew, the statesman who transformed Singapore from a small port city into a wealthy global hub, has died at the age of 91.

Mr Lee served as the city-state’s prime minister for 31 years, and continued to work in government until 2011. Highly respected as the architect of Singapore’s prosperity, Mr Lee was also criticised for his iron grip on power.

Harry Lee Kuan Yew, 16 September 1923 – 23 March 2015, was a Singaporean politician. He was the first Prime Minister of Singapore, governing for three decades. He is widely recognised as the founding father of modern Singapore.

As the co-founder and first Secretary-General of the People’s Action Party (PAP), he led the party to eight victories from 1959 to 1990, and oversaw the separation of Singapore from Malaysia in 1965 and its subsequent transformation from a relatively underdeveloped colonial outpost with no natural resources into a “First World” Asian Tiger. He was one of the most influential political figures in Asia.

With his successive ministerial positions spanning over 50 years, Lee was also one of history’s longest-serving ministers. On 14 May 2011, Lee and Goh announced their retirement from the cabinet after the 2011 general election but Lee remained a Member of Parliament.

In Addition To Months Of Salary Delays, Panic In Osun Over Mass Sack By State Government