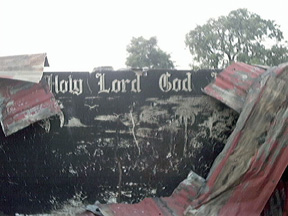 An evangelical church was attacked by suspected herdsmen during a New Year’s Worship Service in Central, Nigeria. The attack has cost about three lives and left about sixteen others injured.

The deaths and injuries which occurred were majorly due to worshipers trying to run in various directions. Most of those injured were eventually rushed to hospitals in Jo and Barkin Ladi

The speaker of the Plateau State House of Assembly, Titus Alams, is of the opinion that the attack attempts to overshadow “sustain the current peace we are enjoying in the state.”