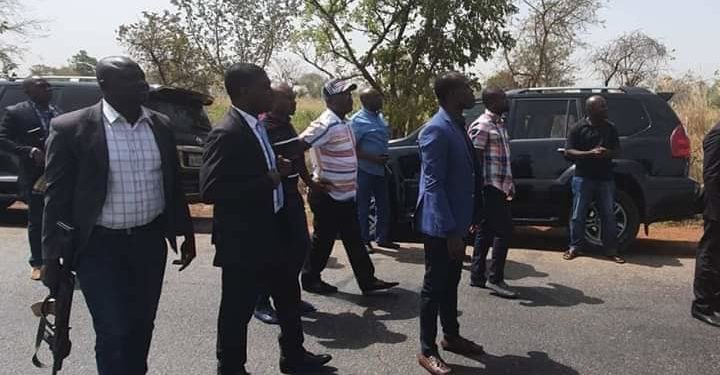 Benue State Governor, Samuel Ortom has confirmed the attack on him by suspected militia herdsmen in his farm at Tyo-mu, along Makurdi – Gboko road earlier on Saturday.

Ortom while briefing journalists at the Benue Peoples House after the incident said he was inspecting his farm when the militia herders, who were dressed in black ambushed him and his security men and opened fire.

He said it took the swift response of his security aides to repel the attack, while he ran a long distance to escape unhurt.

The Governor lamented that the attack came a few days after the leadership of Miyetti Allah Kautal Hore held a meeting in Yola and singled him out as a thorn in their flesh that must be eliminated.

Ortom claimed to have received intelligence to that effect. He said, his life is in the hands of God and no Fulani militia has the power to take it without God’s permission, noting that as many times as they try, they would continue to fail.

The Governor insisted that the ranching law of the state will not be repealed for any reason, stressing that no intimidation could force his administration to reverse the decision of Benue people against open grazing.

He said he would send a petition to the President and security chiefs against Miyetti Allah Kautal Hore, saying that allowing the leadership of the group to walk freely with security personnel attached to them was not in the best interest of the country.

Related Topics:attacksBenue State governor
Up Next

Just In: Ekiti Govt talks tough, orders farmers and herders to register or be ready to leave the state