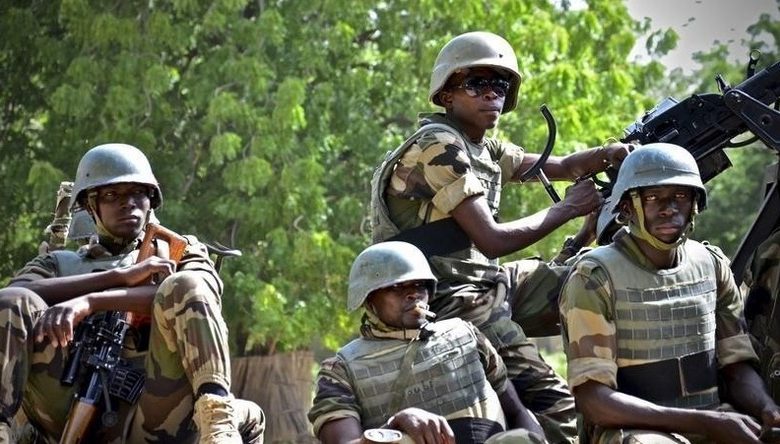 Thirty-eight officers of the Nigerian Army of the ranks of lieutenant colonel to major-general were thrown under the bus in June 2016 with the announcement of their compulsory retirement from service.

Not only was the action controversial, but it has also been found to be unlawful since many of the affected soldiers, at least 22, were neither queried nor indicted before the decision. Exactly four years later, the army has still not made any attempt to correct itself.

Kunle Adebajo reports that the officers were accused of “serious offences”, including partisanship during the general elections of 2015, involvement in arms procurement fraud and jeopardising national security.

But some of the officers think the retirement had more to do with “ethnic cleansing” or an attempt by the Chief of Army Staff, Lt.- Gen. Tukur Buratai, to divert attention from the 2015 Zaria massacre and calls for his prosecution over his alleged corrupt ties to some properties in Dubai.

Premium Times had reported that the arbitrary nature of the retirements violated the rules of the army and that only a few of them were queried, tried, and indicted.

One Maj.- Gen. E.D. Atewe faced the presidential arms probe panel and was indicted after which his case was transferred to the Economic and Financial Crimes Commission.

Three Majors-General, S.D. Aliyu, M.Y. Aliyu, and Fatai Alli, faced the same panel but were cleared, and five others, L. Wiwa, I.N. Ijeoma, T.C. Ude, LC. Ilo, and O. Ejemau, were neither queried nor found guilty of any offences. Despite this, all nine were retired.

Likewise, only Brig.-Gen. A.I. Onibasa among 11 brigadiers-general, was indicted by the presidential panel. It is suspected that the other 10 were targeted because of failing to support the current political leaders’ bid for power.

Koko Essien, a Brigadier-General who was cleared by the presidential panel, was laid off alongside others who were not even queried or were not in Nigeria during the general elections.

While many of the colonels and lieutenant- colonels were suspected to have refused to cooperate with the All Progressives Congress during the elections, some, like Lt.-Col. Abdulfatai Mohammed was in fact involved in operations in the Northeast or some other place far away from the scene of political activities. The officers were not queried before their sack.

Mohammed wrote in his petition, “I want to respectfully state that I was not in any way involved in any of the 2 issues stated as reasons for compulsory retirement of 38 officers of which I was among. I was never investigated at any time and have not committed any serious offence.”

The Nigerian Army in its statement, however, insisted otherwise. Then army spokesperson, Col. Sani Usman, in 2016, argued that the retirements were not arbitrary because the officers “had one problem or the other” warranting the termination of their employment.

“Basically, that’s it. And whoever is not satisfied with that should please seek redress. They are quite familiar with the terms and conditions of service,” Usman said.

“It is not for them to go to the newspaper. They were advised to write the Commander-in-Chief through the Chief of Defence Staff to seek redress. Their records are there and they will be given cogent reasons why they were asked to retire compulsorily,” he added.

But contrary to Usman’s assurance, getting redress despite following due process has proved nearly impossible for the officers.

The court, in 2018, ordered Nigeria’s Chief of Defence Staff (CDS), Gen. Gabriel Abayomi Olonisakin, to get the president to reconsider the unlawful retirement of Lt-Col. Mohammed after finding that his right to a fair hearing was breached.

Although Mohammed’s appeal for administrative redress was filed within the 30-day period granted by law, he has not seen any proof that his application was transmitted to President Muhammadu Buhari for review.

Some of the officers who challenged their dismissal wrote to the presidency through the CDS a year after filing their appeals but did not get any definite response. In May, the National Industrial Court gave permission to Mohammed’s counsel to file contempt charges against the CDS for disregarding the order of the court.

Col. Danladi Riba Hassan, who also wrote to the president in 2016, said the only response he got was an acknowledgement letter from the Defence Headquarters, which assured him that the “appeal is receiving due attention.”

Col. Mohammed Auwal Suleiman said he had since written two reminders to the Vice-President (and then Acting President), Yemi Osinbajo, and the Minister of Defence, but all efforts had been futile.

In a judgment delivered in January 2019, the court ruled that Col. Danladi Riba Hassan’s letter of retirement was null and void because it lacked a convincing disciplinary ground.

The National Industrial Court also ruled in June 2019 that Maj.-Gen. Nwokoro Ijioma’s retirement was wrongful, illegal, and null and void because due process was not followed.

Similar judgments have been given in favour of at least two others, including Col. Mohammed Auwal Suleiman and Lt.-Col. Thomas Arigbe.

The National Assembly, in November 2017, also urged the army to reinstate Colonels Chidi Kalu Ukoha and Osita Nwankwo and pay all their entitlements.

The lawmakers advised the army “against arbitrary disengagement of its officers, as such action would not only discourage serving officers and soldiers from giving their full commitment to the army and the nation but would also amount to colossal loss of national resources spent by the Federal Government on the training of such officers only to suddenly dismiss them.”

While some of the officers have reasons to be hopeful that the Nigerian Army may retrace its steps and undo the injustice, there are those for whom this may be too late. Top on the list is former Commanding Officer, Lt.-Col. Ojecho Baba-Ochankpa, who passed on in his sleep in January 2017.

Is the Nigeria Police Force Focused on Internal Politics While Failing its Core Mandate?