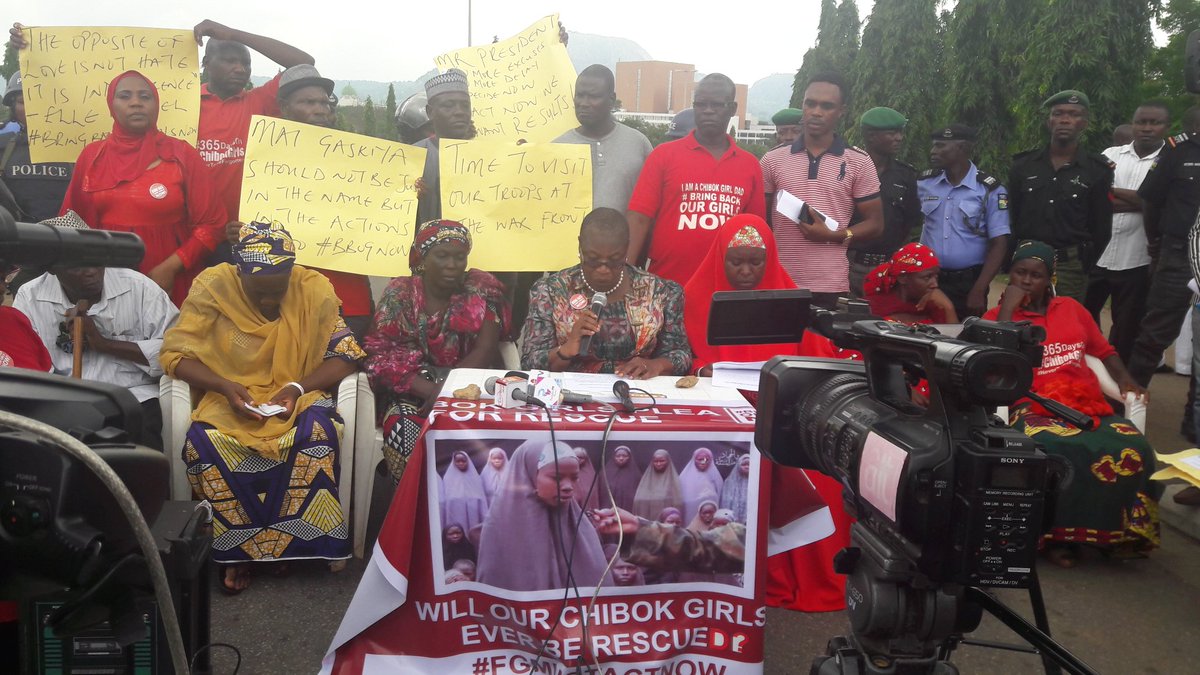 Relatives of the abducted Chibok girls have accused the federal government of abandoning their daughters to suffer in captivity, and have called on President Muhammadu Buhari to resign if he cannot rescue the girls.

The relatives spoke yesterday in Abuja after they were stopped by security operatives from reaching the Aso Rock presidential villa to see the president.

The protest march, the second in a week, was organised by the BringBackOurGirls group. The relatives of the missing girls said the president neglected them after repeated unfulfilled promises.

The girls were abducted by the extremist sect, Boko Haram, since April 14, 2014.

Enoch Mark, father of two of the girls, said Buhari had failed the Chibok people who voted for him in 2015 with the hope that he would ensure the return of the girls.

“Many Chibok parents voted for you because we believed that you would ensure the return of our daughters. You promised us that you were a military man and that you cannot lie. You said the war will not be over until the girls are back,” Mark said.

“Now we hear shouts of victory. And you turn around and say you do not know how to get our daughters. Former President Sani Abacha told us that no country can fight war for up to 24 hours without its government knowing about it. If the president lacks intelligence to bring back the girls let him resign.

“We have men who can do the job. There is nothing that Nigeria does not have. What is stopping the president from giving the orders?” he queried.

The mother of Dorcas Yakubu, the girl who spoke in the recent Boko Haram video, said the federal government should exchange the detained terrorists for her daughter if the government had no better option.

“Because it is obvious that no serious effort has been made to ensure the rescue of our daughters, otherwise we would have heard some good news,” she said.

Yakubu said the security operatives preventing her and the other members of the #BringBackOurGirls group from reaching the president were stopping her from fulfilling the request of her daughter.

“My daughter pleaded with me to try and see the president personally and talk to him regarding the rescue of the Chibok girls. They named her Maida. I named my daughter Dorcas, but they changed her name,” she said.
Yakubu called on the first lady, Aisha Buhari, to do her best to assist mothers like her.
Hauwa Abama, another mother of one of the abducted children, said the government was responsible for her ordeal.

“Government is the one that has taken my daughter from me,” she said.