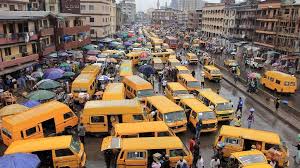 Akinwumi Ambode, governor of Lagos state, says 86 immigrants enter Lagos every minute of the day –the highest in any city in the world – and they have no plan to leave.

Going by the statement, Nigeria’s economic capital receives 123,840 visitors on a daily basis.

TheCable reports that, speaking at a parley with media executives on Sunday, Ambode said the ever increasing population of the state meant that it had to be “on its toes” to provide facilities for its more than 23 million population.

He said the state was currently sourcing 76 per cent of what it was spending through IGR, adding that Lagos aspires to intensify internally generated revenue (IGR), so that it could reduce its dependence on federal allocated revenue to less than 10 per cent within the next two years.

He noted that a situation whereby 27 states of Nigeria were bankrupt and 32 states generate less than 10 per cent of federal allocated revenue meant there were dislocations.

Ambode said the challenges facing the state in the areas of refuse disposal, education, security and the others, were being tackled frontally as a safer and cleaner environment would guarantee more prosperity.

He promised that within the next six months, technology would be deployed to ensure that more streets were lit and strategic areas have CCTV coverage.

The governor also said that education, healthcare, care of the aged and employment would be given more attention, noting that 67 per cent of the state population was under age 35.

Ambode also promised that 5000 buses would be purchased, in partnership with the private sector, to pave way for the phasing out of commercial motorcycles, tricycles and mini-buses currently defacing the metropolis.

He explained that the move would not increase unemployment as most of the mini-bus drivers would be retrained and re-orientated to man the new buses.

The governor disclosed that he was picking a lot of advice from the media on how to govern, and appealed for more collaboration in the vision of moving the state forward.