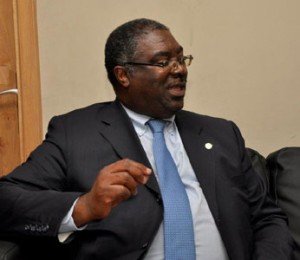 According to Punch ”Amid the controversies generated following revelations that the newly appointed head of the Federal Inland Revenue Service, Babatunde Fowler, was brandishing a fake doctorate degree from a United Kingdom institution, Irish International University, the 59-year-old has since dropped the honourary degree from his Wikipedia entry.

President Muhammadu Buhari on Thursday named Fowler as the new head of the FIRS, but hours after the announcement of his appointment, it emerged that his doctorate degree might have been fraudulently obtained.

Sahara Reporters, an online news platform, claimed in one of its stories that Fowler’s ‘Ph.D’ obtained from IIU in May 2007 was fake.

The former Lagos Internal Revenue Service boss, according to SaharaReporters, “engaged in desperate efforts to erase the controversial title from the Internet especially on Wikipedia.” His biography has been edited on the website of the LIRS while the title of “Dr.” remains on his personal webpage.

Seven years ago, a BBC investigation labelled IIU as a fake institution dishing out “substandard and worthless degrees” to individuals, especially influential politicians and business men from Africa.

The non-existent university is said to be linked to Baron Knowth, a chartered accountant whose real name was discovered to be Jeffrey Wooller.