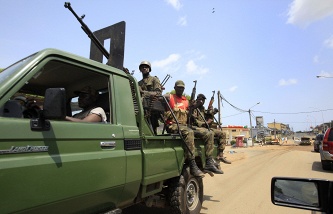 The document was signed at a meeting between Patrushev and Nigerian presidential national security advisor Sambo Dasuki.

“The document is called upon to become a basis for regular dialogue between the sides on different aspects, including in the sphere of international and regional security,” Shvytkin said.

The Nigerian, Russian ties is coming at a time, when the Nigerian government terminated the military training agreement between the Nigerian Army and United States of America, US embassy in Abuja announced on Monday.

Relations between the two countries have been at a record low with Nigeria accusing the United States of not providing sufficient support for its fight against Boko Haram.

After months of informal allegations, the Nigerian Ambassador to the U.S. Ade Adefuye, had in November openly accused the United States of refusing to sell arms and equipment to Nigeria to help defeat Boko Haram.

In its response, the American government said it has supported Nigeria to the extent its law permits, and accused the Nigerian security forces of human rights violations.