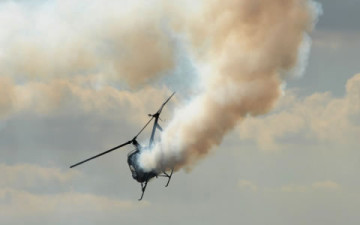 One of the pilots of the crashed Nigerian Air Force Mi-35 Helicopter on a training mission earlier reported Monday, have been recovered alive while the second one as well as the technician on board the 3-member crew flight died in the crash.

A statement by the Director of Defence Information, Major General Chris Olukolade, said the Mi-35 helicopter was on a training mission, and crashed South of Bama, in Borno State, “due to technical fault.”

He did not say if there were any casualties or survivors, but stressed that it has been established that the crash was not attributable to enemy action.