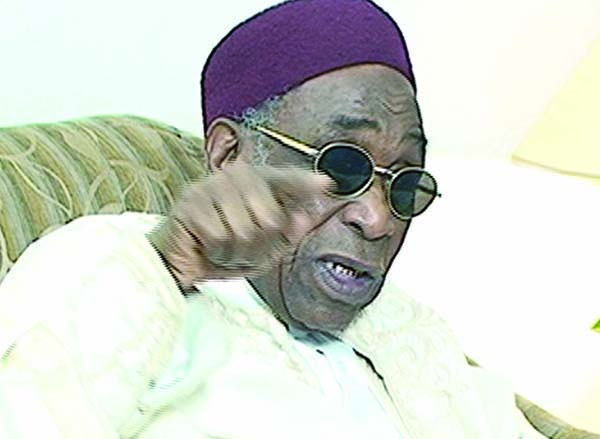 The former Nigeria’s Permanent Representative at the United Nations, Alhaji Maitama Sule, on Monday called on Nigerians to put the nation’s interest above their personal interest.

The Elder Statesman who was speaking when members of the Arewa Youth Development paid him a courtesy visit in Kano, said  he had written a letter to President Goodluck Jonathan and the governors, warning of what he called disastrous consequences if the prevailing trend in the country was not arrested.

A transcript of what he said. “That was what our founding fathers like Zik, Obafemi Awolowo, Abubakar Tafawa Balewa, Sardauna, Aminu Kano and Tarka did.

“These leaders belonged to different political parties, tribes and religion, but they lived and worked together because the unity of the country was their main interest.

“About two weeks ago, I wrote to the Chairman of Northern Governors Forum and his colleagues. I also wrote to Mr President about the situation in the country.

“I did point it out that if we do not put a stop to personal interests, we will have disastrous consequences in this country. I have written the letter and I will follow it up.

“We have never had it so bad but what I believe is that we have to get together and tell one another the truth, let us agree to accommodate our differences, be patient and put Nigeria above our own interest.”