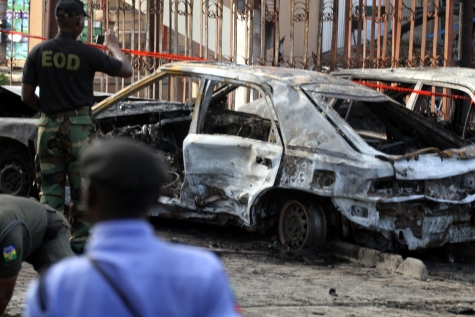 Bomb Explosion went off during the early hours of Tuesday in the busy market..

Witnesses said the explosion of a suspected vehicle bomb on a road adjoining the market in the Borno state capital of Maiduguri wrecked cars and taxis which were unloading passengers and wares. They said a suicide bomber carried out the attack.

“I saw police and troops picking out victims,” said Alakija Olatunde, a student who rushed to the scene tells Reuters.

An attendant at Maiduguri General Hospital said eight bodies had been brought in by civilian volunteers.

There was no immediate claim of responsibility, but the Boko Haram group, which says it is fighting to establish an Islamist state in Africa’s biggest economy, has claimed past bombings and shootings in Maiduguri and across northern Nigeria.