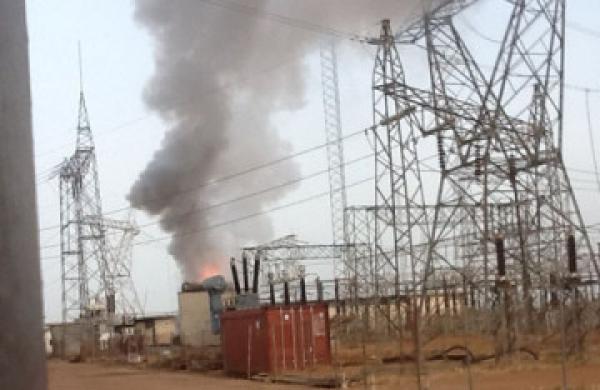 The National Control Centre of the Power Holding Company of Nigeria in Osogbo, Osun state was gutted by fire in the early hours of Friday.

Reports have it that the inferno which begun around 3 am on Friday arose from a problematic transformer.

At about 7am, fire fighters were still seen trying to quench the fire which was eventually contained around 9am. Vehicular and pedestrian traffic was being effectively co-managed by members of the Nigeria Security and Civil Defence Corps, soldiers and staff of the Federal Road Safety Commission.

The Deputy Governor of Osun State, Mrs. Titi Laoye-Tomori has already visited the place and it is expected that the inferno will throw into the environment into darkness