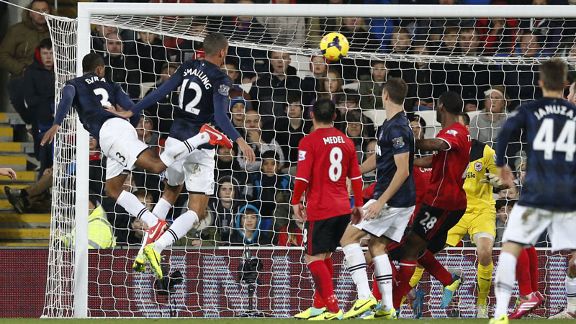 Just before half time full back, Patrice Evra restored the lead for the Red devils.

Hostilities resumed after the half-time break and Cardiff kept on pushing forward and could not grab the equalizer until the tail end of the game when Bo-Kyung Kim restored parity for the Welsh side and handed them a well deserved one-point with his injury time goal.