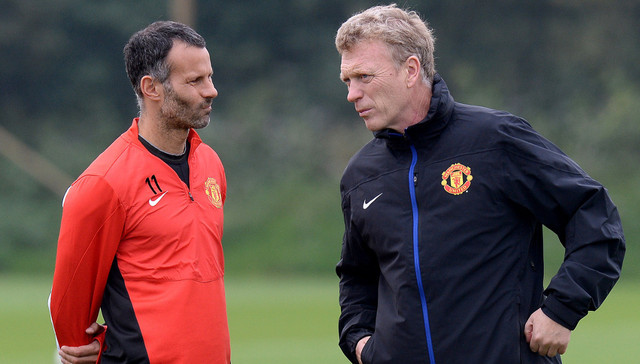 Manchester United manager David Moyes believes Ryan Giggs is arguably the best player of the Premier League based on ability and longevity in this era.

The legendary Manchester player who turns 40 in four days time has made 952 appearances for United.

“The Premier League has seen some outstanding players but because of his ability and his longevity Ryan has to be just about the best. If you conducted a poll among the players I would be surprised if Ryan didn’t come out on top.

Having seen him at close quarters and got to work with him these last few months I can’t imagine how good he must have been in his prime. In a way I wonder if he has actually got better with maturity, the way he sees the game a bit more.

It’s great for us because he is someone we can fit in any time. We can use him as a midfield player, behind the striker, out wide, almost anywhere because of his intelligence.

Ryan knows he isn’t going to play in all the games at his age but he accepts that. He has made the first step into coaching and management and sometimes once you do that it becomes easy to decide you have had enough of playing.

But Ryan doesn’t look as if he is at that point yet, so who knows? He doesn’t look like a 40-year-old man either.

I felt I needed him at the start of the season for his experience and because I was just starting out here but he trained well, looked in good shape and played well.

You only have to see him in training to know he is still a terrific player. Some of the stuff he does every day you just marvel at.”

Related Topics:David MoyesRyan Giggs
Up Next