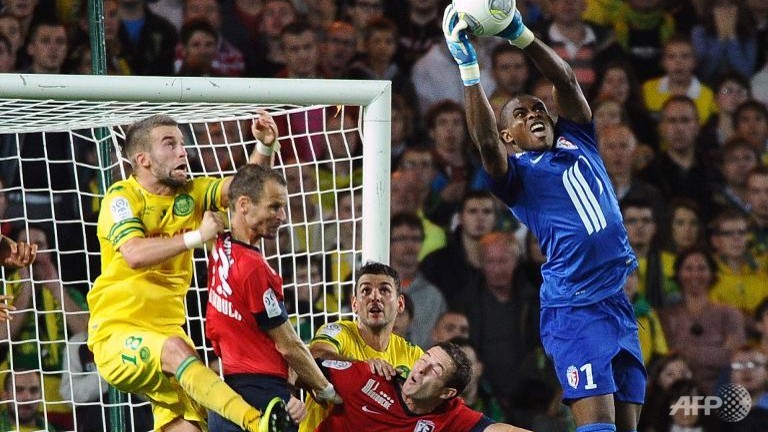 Vincent Enyeama continued his superb form as he extended his clean sheet streak for his French side, Lille OSC when they visited Toulouse in a French Ligue 1 game at Grand Stade Lille Métropole on Sunday evening.

Lille won the game in the 84th minute courtesy a goal from Papa Souare Ndiaye. With that victory, Lille keeps up the pressure on French Champions, Paris Saint Germain as they are now only four points behind PSG as they consolidated their second place position over the weekend

Nigerian Goalie and Skipper, Enyeama has kept consecutive clean sheets in his last ten (10) matches for the club. He has only conceded in two games out of fourteen so far this season