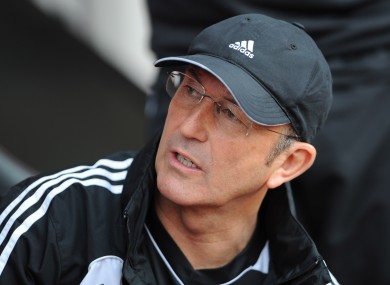 The former boss of the Potters took over after Crystal Palace trumped Hull City 1-0 on Saturday in a Premiership clash.