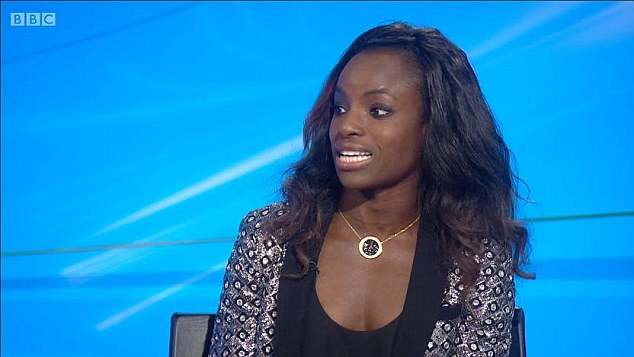 England women’s striker, Nigerian-born Eni Aluko made history on Sunday Afternoon when she became the first female professional footballer to become a pundit on the BBC’s Match of the Day show which is hosted by Mark Chapman. She was joined by John Motson and Kevin Kilbane.

‘It was very reckless, there was no need for him to lash out like that. If you think of professional fouls, I’ve always been taught it should be discreet. Your teammates clap and say you stopped a counter attack.
‘The problem was it was too violent. Diafra Sakho did a similar foul and only got a yellow card because it was more discreet.
‘Rooney will be relieved they’ve won the game because he could have cost his team three points.’

‘There were four recovering defenders, there was no need for him to make that foul. 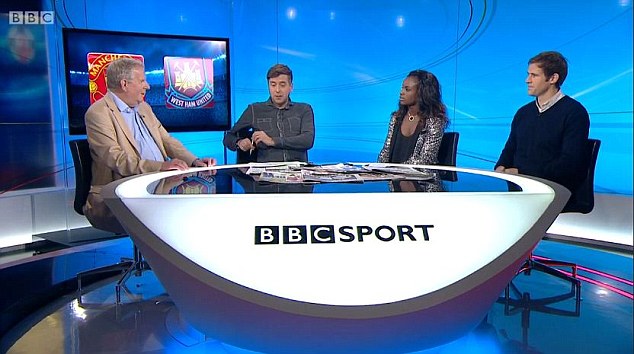 ‘He’s proving he’s still a Premier League player. Chelsea might think, “Gosh maybe we should have kept him”.’

After the show, the striker who has scored 26 goals for England in 83 caps tweeted a message of appreciation to her fans which read:

‘Thanks for all your comments 🙂 Im honoured to be the 1st ever female football pundit on @BBCMOTD Theres a 1st for everything :)’