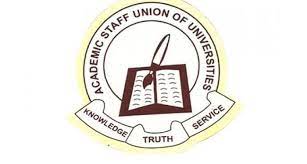 The Academic Staff Union of Universities (ASUU) has accused the Buhari-led administration of being responsible for the “double portion” of atrocities, corruption and insecurity that has affected the life of the average Nigerian.

ASUU, University of Ibadan, Professor Ayoola Akinwole made the claim in a statement to mark the 2021 Workers’ Day.

According to the statement titled “Buhari-led Administration: The Real Enemy of Nigerian Workers”, the union claimed that workers’ conditions and welfare have been on the downside more than it was before the ascendancy of President Buhari.

Akinwole then urged “all workers to rise in defense of dignity of labour and resist the flagrant disregard for human rights and the rule of law in the country” adding that “We must resist the ploy of government and its agents to divide us. We must resist their divide-and-rule strategies”

He added that “the government of the day has continued to turn deaf ears to the agitations of labour unions and cries of the masses, often requesting for patience and understanding. Yet impunity, financial impropriety and corruption have become the trademark of this Buhari-led administration.”

Akinwole also lamented the spate of insecurity and killings across schools in the country. Multiple states who have been victims of school kidnappings have ordered the closure of schools at different times and students of Federal College of Forestry Mechanisation, Afaka, Kaduna and Greenfield University, abducted by bandits are yet to regain their freedom.

He said, “The abduction and killing of students at all levels have become embarrassing to the country. Human beings are now commodity of trade in Nigeria. This portends nothing but doom for the future of Nigeria. Other governments are giving verifiable palliatives to their citizens because of COVID-19 pandemic and its attendant economic problems; the Nigerian government has been increasingly inflicting pains on the people by an incessant hike in fuel prices, high electricity tariffs and multiple taxation on goods and services, which have become highly exorbitant in the country. Despite these terrible conditions, the government continues to label every constructive and objective criticism as hate speech when citizens speak truth to power.”

“While campaigning for election in 2014, the Buhari-led government called the claims of fuel subsidy a blatant lie and promised to end the fuel subsidy scam, medical tourism, corruption and insecurity in Nigeria. Sadly, six years at the helm of affairs, Nigerians are experiencing ‘a double portion’ of these listed atrocities.’ the statement further read

ASUU in 2020 embarked on a nationwide industrial action on March 23, 2020, following its dispute with the Federal Government over their insistence on the implementation of the IPPIS in the payment of University lecturers’ salaries and allowances, as against the ASUU-developed homegrown payment platform, UTAS, which they believe guarantees the autonomy of the university.

The eventual 8 months long strike was called off on November 27, after the union leadership reached the consensus during a meeting with the government team led by the Minister of Labour and Employment, Dr Chris Ngige.