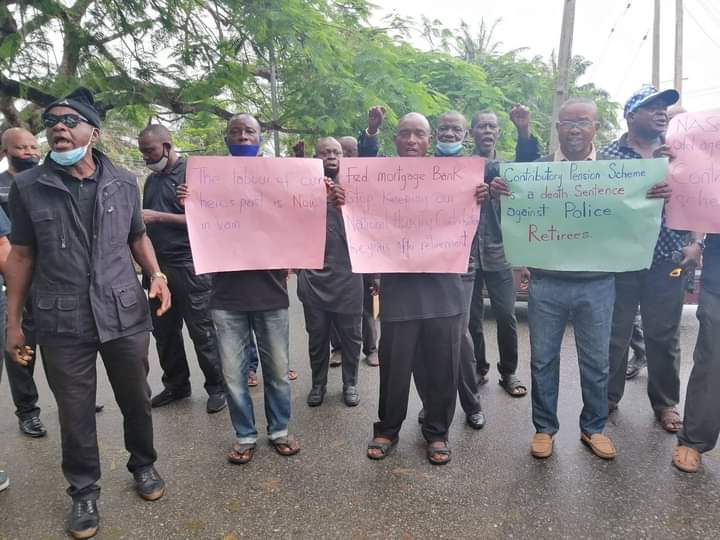 Some retired police officers have staged a protest in Calabar, the Cross River State capital, over what they described as ill-treatment after years of service to their country.

The former law enforcement officers who held the protest at the gate of the State Police Headquarters, Diamond Hill, said they have been denied their due since retirement, a situation that has led them to agony.

Speaking on behalf of the group, SP Iwara Ibiang RTD, decried the ‘meagre’ pension they get,saying the police pension should be restructured in line with that of other security agencies.

His words; “After 35 years I was given less than N2.5m as gratuity with a monthly pension of less than N40,000 with also an ASP taking home monthly pension pay of N22,000 after waiting for more than a year to get that meagre pay.” He said.

He also added that “we want to exit from the pension scheme which has cheated the ex-personnel on their retirement benefits.”

Iwara further stressed that some widows of ex-police officers who died in active service haven’t received a dime after several years and called for the abolishment of the police housing scheme which he labelled a “Scam”.