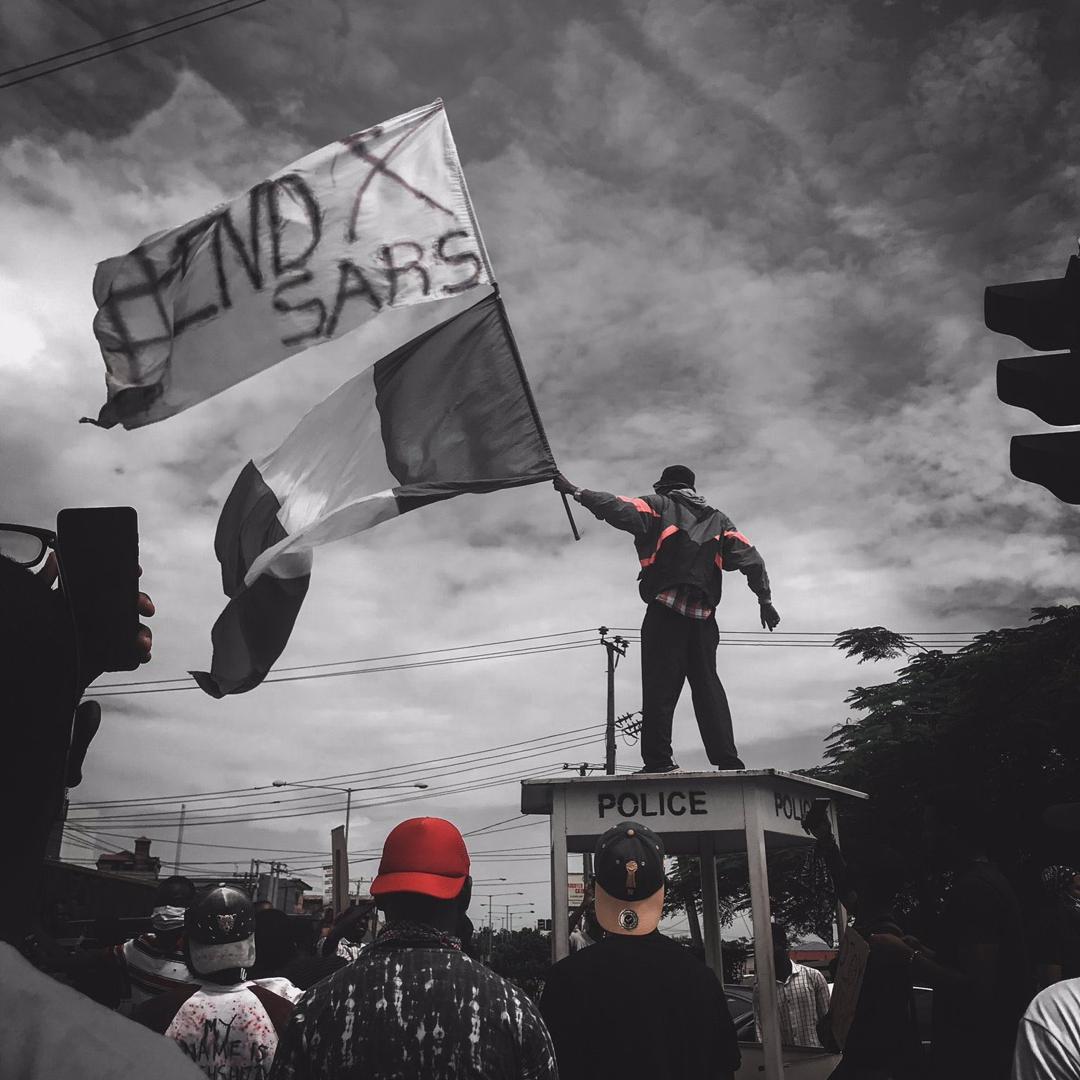 After one week of nationwide anger the Inspector General of Police and the President of Nigeria finally gave in, and came on air to announce the dissolution of the Special Anti Robbery Squad (SARS). This was of course quickly followed up by the setting up of another unit to replace the recently disbanded unit, and a statement that full psychological assessments will be done on those disbanded and those to replace them. It was an efficient response to a national problem, perhaps, too efficient. Notable Nigerian activist Oby Ezekwesili captured this unnatural efficiency in her tweet: ‘Problem don change name’.

The SARS unit was well known for illegal arrests, physical assaults,  sexual assaults on women, unlawful detention of citizens, framing, torture, blackmail and extrajudicial killings. Amnesty International documents that there were at least 82 cases of torture, ill treatment and extra-judicial execution by SARS between January 2017 and May 2020. This security unit, like many other security systems across African countries, have served as tools of oppression by the political class on the masses.

This was the approach officers took: beating, arresting, cuffing and firing live ammunition into crowds of protesters. What the SARS, like other equally corrupt institutions in Nigeria didn’t account for, was that it is dealing with a different generation. A generation that was born with all these tools, and are no longer afraid of it. One protester in Benin, Edo state standing among protesters in front of a police station noted this in his remark: ‘Shey dem dey carry gun? We join cult for school. We sef sabi carry gun’

The SARS protests came as another opportunity for Nigerians to vent their anger at the state. Like the end rape protests, the fuel hike protests, the Occupy Nigeria protests, it represents an equivalence of the millions of protests happening around the world – contributing to an underlying conversation on the generational gap in power. It is globally disturbing that at the height of Democracy, old people are now the minority, ruling the young people majority.

What makes the #EndSARS protests unique is that unlike; the global COVID protests across the world, the climate change protests in Europe, or protests to protect the Amazon in Brazil, the SARS protests’ only similarity is the  Black Lives Matter protests held across the US – it is a protest for the sanctity of life. It is a first step towards ensuring that people’s voices will not be silenced by fear.

In parallel with police brutality, deep systemic challenges have been depriving young people the opportunity to grow, evolve and contribute to nation building as their peers in other countries and this amplifies resentment towards the leaders. Nigeria has the highest amount of unemployed working population in the world.

After SARS, then what? Other government departments are next

A key area to probe is how the SARS unit deteriorated to what it became. The answer is that the unit was not well monitored, poorly funded, politicised by corrupt Nigerian leaders, and neglected like every other sector in Nigeria to fend for itself. The amount of corruption you will see in a police department is the same you will see in every other government department across Nigeria – whether you want to validate your academic records at the Ministry of Education, pay fines at agencies connected to the Ministry of Transportation, or even carry out a COVID test at agencies regulated by the Ministry of Health the corruption is the same.

What the police force represents, in the form of violence and intimidation, is what should be taken away. The SARS unit operated with federal jurisdiction, without badges, without uniforms, with unmarked vehicles and mostly high calibre rifles. All these enabled them to carry out the violence they did. If you take away the guns, force them to become accountable to local police departments, force them to live among the people and not in isolated police barracks, their threshold for violence will be significantly diminished.

Policemen who are not in their police stations and who are without guns behave as every other Nigerian on the street – they are more collaborative and easy going. They suffer all the problems of every other Nigerian, and they are paid just as lowly as other lowly paid Nigerians across the country. The teaching profession is just as painful as the police in Nigeria, the difference between them is that teachers don’t walk around with AK-47’s.

The setting up of a new police unit which the IGP termed the SWAT, to replace the SARS unit is necessary. The Nigerian Police Force has mostly served as a tool of oppression and intimidation, but it does not exist just for this. The police force is a necessary tool of security across countries all over the world. People didn’t protest all week to have no security, they protested so that their security would secure them and not be against them.

Who polices the police? People should.

The Nigerian Police reforms, if they are to be of any long term use or benefit, have to be designed with strong considerations for local and cultural security systems. The same practices that have held the developed world together and allowed it to flourish, cannot be completely replicated in Nigeria. The economic conditions on ground do not enable or support the activation of moral high ground standards subtly demanded by the West through words like ‘accountability’ and ‘transparency’. But it can and should respect the sanctity of life, and one way to ensure this is that the police should be structurally made to be accountable to the people.

Nigeria needs functional structures, but these structures have to be built with strong considerations to local moral codes and ethics. In practical approaches this includes: a citizens unit that serves as an overwatch to police activities around the country, a reform of the intra-investigative departments initially created to police the police, an incentivised police workforce that motivates policemen to do their jobs well, a police educational and recruitment curriculum that ensures only the well suited and well meaning are allowed to wear those privilege uniforms, and much more. What will not work, is merely rebranding the police force.

Old diversionary tactics will no longer prevail. The phrase coined by a key member of Nigeria’s last political administration ‘Children of Anger’, is clearly well placed. Nigerians largely differ from many other African countries simply by number – almost similar economic, political and social conditions apply to all other African countries. The effects caused by the difference in number is that a lot of Nigerians have travelled around the world, and when they return home to clearly see the dysfunction and the systems entrenched to continue that dysfunction, they become angry. Without structural reforms across all institutions of government in Nigeria, there will continue to be protests, disruptions, and anarchy by the Nigerian youths – no government wants to be on the opposing side of over a hundred million angry youths.

As one protester noted: “Our parents are the weakest link. All they know is being presentable, respectful, religious, and hard working. They didn’t question their system. We are not our parents”. Originally posted on Medium.

Why #ENDSARS protesters are still occupying the streets