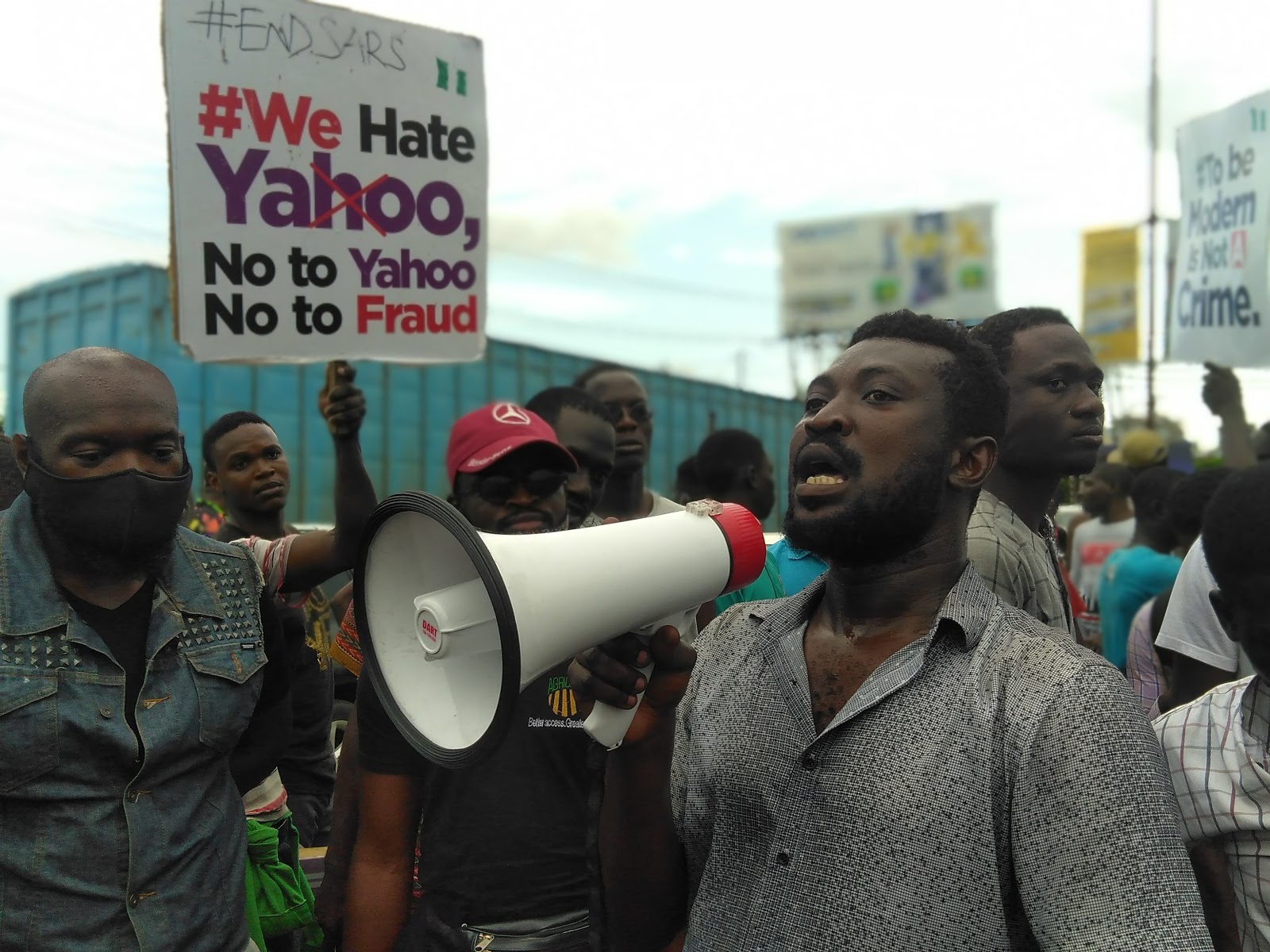 On Wednesday, October 8, some Nigerians youths stepped out to protest against police brutality and the scrapping of the SARS (Special Anti-Robbery Squad) unit of the Nigerian Police Force.

Within days, the protesters grew in number and the protest intensified nationwide.

The increased tension forced the government to take action and on Sunday, October 11, the Inspector General of the Police, Mohammed Adamu, declared via a press announcement that Nigeria has disbanded the SARS unit.

And on Tuesday, he made the announcement of a new tactical unit, SWAT (Special Weapons and Tactics) to replace SARS.

However, despite the dissolution of the SARS unit, the announcement of a new tactical team and the promise that the government will enact the #5for5 requests by the protesters, Young Nigerians are still occupying the streets and the number keeps rising by the minute with global support for the protest.

NewsWireNGR spoke to some of these protesters and they mentioned why they are on the streets.

First of all, out of our 5 demands, only 2 have been worked on. So if they won’t answer us,we won’t back off.

Secondly, I feel it is a civil right to make our pains known to the government in a peaceful way. Why are we getting hurt even though we didn’t cross the line? They forget the more they try to disperse us violently without attending to us, the more adamant we will be.

My friend was at Alausa today and he broke his arm while trying to run when those thugs showed up, what did he do to deserve that? If our parent’s generation likes to suffer and smile, we don’t like that! You don’t kill our brothers, rape our sisters, and expect us to be happy with you.

SARS must end. The Police force must be reformed. We want an end to police brutality.

Let us dead this talk that they created a new tactical unit. It is obviously a sign that they weren’t thorough with the whole thing. How do you dissolve a rogue unit and create another one a day after dissolving that rogue unit? What type of precedence are you setting? That is not how it is done.

Look at the old ones, the Mopols that they do call ‘Kill and go’, because these people weren’t punished under Babangida, it is the same thing. It is the same reason why their replacement SARS could do the same thing, could shoot people and feel like they can go without bearing the consequences of their action.

Now we need to see actionable plans, what are the things you are doing? You haven’t fired the Inspector General of Police; you haven’t fired all the Commanders; you haven’t done anything to them. You are planning a reform, where is the action plan for these reforms, you haven’t shown actual workings and you want people to leave the streets? Try again some other time.

How Advanced search can make difference in open source investigation