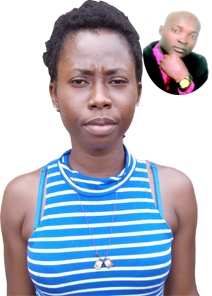 When Florence Abu, a hair stylist, left the shores of Nigeria in 2012 for Russia, she thought it would be for a good cause as she had then hoped to find greener pastures abroad. She didn’t take the step just to better her life alone, but to improve the fortunes of her family. Sadly, that was not the case.

Abu, an indigene of Edo State, soon found herself knee deep in modern day slavery. She had been trafficked out of Nigeria unsuspectingly.

Upon her arrival in Russia, she got engaged in menial jobs until her handlers told her that the real reason why she was in the country was for prostitution.

Prior to her departure, Abu said she was lured to travel abroad by an assistant ‘pastor’ in her local church then, who claimed that he saw a vision of her prospering outside the shores of Nigeria.

Human trafficking is a global menace and the disturbing trend is not new. According to a 2016 UNESCO report, poverty is the reason why women and children are vulnerable to being trafficked. Another report in 2018 by the Global Slavery Index, ranked Nigeria 32 out of 167 countries where persons are trafficked from.

Abu, like other victims in her shoes, all she needed was a greener pasture. To be assured that she would not abscond on getting to Russia, the hair stylist said she was asked to give the mother of the pastor her pubic hairs and finger nails.

“When he said that, I was like okay but I don’t have the money to leave, how am I going to leave, and he said that not the problem, and that they are the ones that are going to fix the bills to leave.

“The pastor told me that that’s the only form of guarantee that I should do it so I don’t have a choice I had to give her what she requested for hair from my head, my armpit pubic part and my fingernails so I gave her those things then she now asked my to leave. That was how I left, I gave it to the Mother of the pastor and the mother of the person I’m going to meet in Russia so that was how I gave her.

“They told me that after my payment, i can decide to do my hair dresser work, do my dancing or my singing that I can go ahead with that but for the now, the only thing I can do is to see how other girls are hustling on the streets, that’s how I’m going to sell my body as a prostitute to also pay her her money, until I finish paying he the $46,000 but if I want form that I’m a very smart girl, she might even kill me here (there),” the hair stylist said.

‘I went through hell’

Abu said sometimes she was forced to be on call with different “clients” for more than 24 hours at a time.

The stylist said when she complained to her handler of how dangerous some of these clients were, the ‘madam’, as they are often called, did not care and only requested for the proceeds from her prostitution.

“My life was like 24hours, I go to work, sometimes I go for a week, i’ll go to work, I’ll have bad clients, some will carry gun, sometimes I’ll use nakedness to run out of the house, day time like this, broad day light running for my life,” she said.

“When I will still call my madam, see wetin happen, she go say that one nor concern am o, work just Dey as we Dey talk now, make I just find one place wear my cloth make I Dey go another work. Something like that, many things happened.

“I even went to work one day and they threw me from a three story building, I broke my hand, I was at home for two months, she was like she won’t be the one feeding me so I should use that same broken hand and go to work until I finish paying her her money,” she added.

Abu was repatriated to Nigeria after she came down with a mysterious illness that defied treatments.

Since she returned to the country in 2017 after spending five years in Russia, Abu has been working hard to re-establish her hair styling business and collaborating with different groups to create enlightenment on trafficking and irregular migration.

“I spent five years in Russia, I have been here now since three years plus because I came back in 2017, February 2017,” she said.

“What I’ve been doing, I’m a hair stylist but I don’t have a stall now, I’m planning to have a store which is I’m looking for support so that I can be able to set up my business and what I have been doing for the now.

“I was working with Mr Okoduwa (national coordinator, Initiative for youth awareness on Migration, Immigration, Development and Re-integration (IYAMIDR)) maybe just going for sensitization programs, letting people know about the root against illegal migration, and something like that, speaking against this because when I can I never fold my hands I make sure I caught my trafficker, I made sure I exposed my trafficker you understand.

“I never said because I am afraid of them even with the threat and everything I said I can’t let them go because I know what I suffered back there in Russia and this person told me that my life is in her hands so I let her know that God that brought me here, he didn’t just bring me here for a purpose and I can’t see other girls also wasting their lives,” she said.

Solomon Okoduwa, national coordinator, Initiative for Youth Awareness on Migration, Immigration, Development and Reintegration (IYAMIDR), said all those who were involved in trafficking Abu are being prosecuted.

Okoduwa expressed dismay that it is taking too long to convict all those who played roles in the trafficking of Abu.

“The case is still ongoing, the trafficker, the mother, the pastor, all the culprits involved have been arrested, and they are currently facing the charges filed by the federal government through the NAPTIP office, that is what is going on right now.

“Florence is very healthy though not economically healthy so we pray that through this interview, people that hear her ordeal, hear her speak, see her courage, see her determination to see that yes these people are brought to book will also come to support her,” she said.

Julie Okah-Donli, director-general of the National Agency for the Prohibition of Trafficking in Persons (NAPTIP), said beside poverty, ignorance, illiteracy and deceit are aiding the trafficking of people out of the country.

“First of all it is ignorance and then deceit and then off course illiteracy plays a major role I mean because when somebody tells you that you are going to be given a good job abroad, you don’t have a work visa, a work permit, you don’t have a stay, how are you going to survive in a place like that and that’s why because of their vulnerability by virtue of their status, they are easily trafficked.

“So these are the major factors, I’m not ruling out poverty in the sense that they approach the parents and tell them, okay we are going to take your daughter somewhere to work, you know she’s going to have a better life and send you money and all of that but trust me 80 percent is ignorance, illiteracy and deceit,” the director-general said.

Okah-Donli said over 16,000 victims have been rescued from human traffickers.

“We have prosecuted over 12,000 (traffickers). We have secured about 425 convictions and we have had over 1000 cases spread across Nigeria.

“We have rehabilitated quite a number of victims to the extent that they pass through primary secondary school and University courtesy NAPTIP,” she said.

This story was put together by Osaruonamen Ibizugbe, Civic Hive Fellow 2020. With the support of RoLAC programme funded by EU and being implemented by BudgIT and British Council

State Theft, Cronyism and Civil Right Violations: Inside the Hidden Horrors of the CAMA 2020 Bill

The Empire Strikes Back: Indian Workers Insist Glo is Doing Everything to Avoid Paying Them