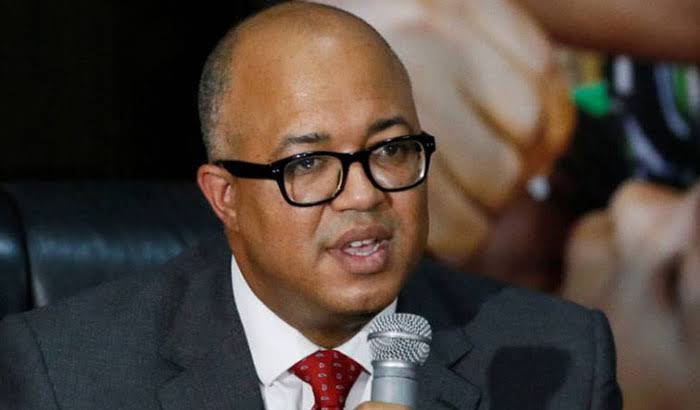 The Nigerian Centre for Disease Control (NCDC) and the Amuwo Odofin Local Government (AOLG)  in Lagos State on Saturday denied giving out an alarming figure of confirmed COVID-19 cases in the area.

They made the denial at a press briefing organised by AOLG at its secretariat in Festac Town.

The NCDC and AOLG reacted to a voice note that went viral on social media, claiming that residents of the council area had been heavily infected by the novel coronavirus.

According to the council Chairman, Mr Valentine Buraimoh,  the person who recorded the audio –  who he identified as Dr Faith Anyanwu – is neither a staff of the Lagos State Government  nor that of the NCDC.

Buraimoh said: “The active case search in AOLG is to identify people with symptoms to enable them qualify for screening to know the number of positive COVID-19 patients in the local government area.

“Persons with symptoms are then sampled to determine whether they are positive or negative,” he said.

He said that samples  were sent to the NCDC Emergency Operation Centre in the state, where they were tested and results communicated to the concerned people, privately.

The chairman said, “This is a zonal office that includes Ajeromi, Amuwo Odofin, Ojo, Badagry and Apapa.

Buraimoh urged residents of the council area to remain calm and observe all preventive measures as directed by governments and medical experts.

Also, Dr Oyeladun Okunromade, Lead, Rapid Response Team, Surveillance, NCDC, said that Anyanwu was not a staff of the agency and not in any position to divulge such  information.

“She is not by any means an agent of NCDC, she does not work for NCDC,” she said.

NAN reports that, in the voice note going viral on social media, the sender  claimed that Amuwo Odofin was a ‘hot mess’ because of an alarming number of confirmed COVID-19 cases in the council area.

Related Topics:Amuwo odofin
Up Next