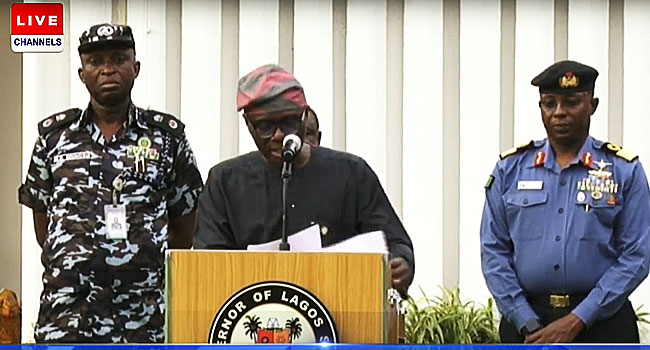 The Lagos State Government has announced that it would be offering free medical services to pregnant women and other persons with health emergencies in the state.

The State governor, Babajide Sanwo-Olu, announced this during a briefing on Saturday, as part of palliative measures to cushion the effect of the lockdown imposed to fight the spread of COVID-19.

Meanwhile, the Deputy Governor of Lagos State, Dr Obafemi Hamzat, has tested negative for Coronavirus. Hamzat stated the result of  his status through his twitter handle on Saturday. He said that the COVID-19 test was not a pleasant experience.

He said that it  was important for him to do it because as a leader nothing should distract him from his role at this period. He thanked all health workers and appealed to  the residents of the state  to play their role and ended the tweet with the hashtag #StayHomeSaveLives.

A breakdown of the cases by states shows that Lagos now has 109 cases; Abuja- 41; Osun- 22; Oyo- eight; Edo- seven; Akwa Ibom- five; Ogun and Kaduna have  four cases each. Others are: Bauchi- three; Enugu and Ekiti- two cases each, while Rivers, Benue and Ondo States have one case respectively.