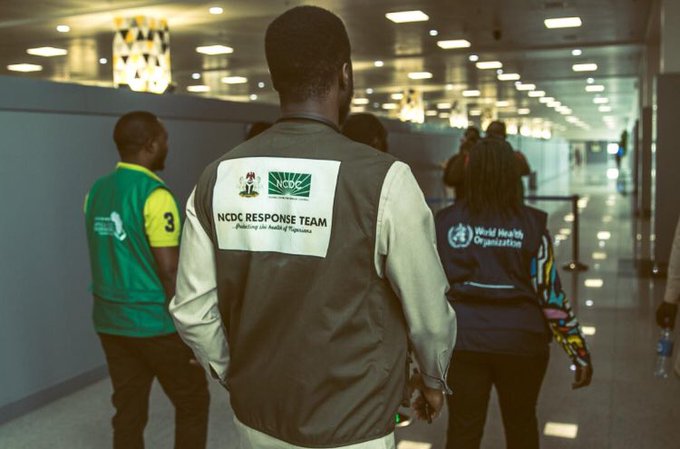 Employees of the Dangote Oil Refinery Company in Ibeju-Lekki, Lagos are currently in varying degrees of panic as a leaked internal email yesterday indicated that the company is dealing with a suspected case of COVID-19. A trusted source at the company who asked not to be named has confirmed that the patient in question – an Indian pipe fitter working at the giant petrochemical complex – is currently in isolation on site.

When I spoke to my source earlier today, I initially expected this to be yet another story of a Nigerian corporate taking liberties with the lax regulatory environment to put its own interests first while flouting rules and putting people in danger. As I found out later, this goes well beyond Dangote Group or its internal health policy. This is a story about how Nigeria is facing a dire health emergency, driven by a perfect storm of incompetent governance, crass politicking, ignorance and corporate insularity.

Exhibit A: The Indian Pipe Fitter

Last week Thursday (March 12, 2020), a pipe fitter contracted to work at Dangote Refinery boarded a flight from Mumbai, India to Cairo, Egypt. After a brief stopover, he boarded another flight to Lagos, Nigeria where he was to resume work the following Monday. When he showed up at work on Monday however, something was wrong. He had a fever, a dry cough, a sore throat and significant breathing difficulty.

Dr. Avijit Singh, a Russian-trained surgeon with 10 years of experience in general surgery and practise across two continents, was the doctor on duty at the site clinic. He immediately suspected that the patient was infected with the coronavirus by virtue of his symptoms and his travel history (Cairo is a COVID-19 hotspot with over 150 known cases as at yesterday).

After isolating the patient, he fired off an email to the on-site safety officer, Akhil Kuniyil, detailing the incident with full disclosure of the patient’s travel history, location and suspected diagnosis. It is unclear whether anyone at Dangote Refinery attempted to establish contact with the Nigeria Centre for Disease Control (NCDC), the Federal Ministry of Health or the Lagos State Ministry of Health after becoming aware of this information.

At press time, no information had been released by any of the concerned parties to address the building story. Staff members at the refinery meanwhile, got their hands on the communication between Dr. Singh and Mr. Kuniyil and according to my source, an unredacted version of the screenshot above has been circulating among refinery staff, their friends and families for more than 24 hours. My source further informed me that in addition to sitting on such critical information and stonewalling regulators as Dangote Refinery is in the habit of doing, certain practises and conditions on site may actually be aiding the possible spread of COVID-19.

He was especially keen to point out that despite the extant coronavirus threat, a temperature scanner was only installed onsite yesterday Monday 16 March, 2020. The site meanwhile, employs hundreds of people who congregate every morning and then disperse back into Lagos every evening. In other words, Dangote Refinery has yet again ignored local and international HSE best practises and put its workers at risk – only this time the risk extends beyond its workers. The sprawling Ibeju-Lekki free trade zone is now effectively a brewing COVID-19 hotspot in Lagos with hundreds of potential disease vectors coming out of it everyday.

Describing the internal chaos after the news of the suspected COVID-19 case leaked yesterday my source said:

“The temperature scanner was installed just yesterday. And, it created a severe bottleneck where many people have to cram into a small space to get screened daily, thus ensuring that the virus really goes round if one person has it.”

The solution according to him, is for the entire complex to shut down operations until the threat blows over. The alternative he says, is to risk the daily temperature check that should counteract the spread of COVID-19, itself becoming a dispersion point for the virus. In his words:

“I guess it is a question of saving lives vs keeping the project moving.”

Exhibit B: The Insecure Minister and the Unprepared Government

When NCDC chair Chikwe Ihekweazu recently visited China to observe its coronavirus containment efforts as part of a capacity building exercise facilitated by the World Health Organisation, few might have thought of it as anything other than an objectively good thing. What better place for Nigeria’s disease control czar to be than the epicentre of the global outbreak picking up useful information that could help Nigeria? One of those few however, turned out to be federal Minister of Health, Osagie Ehanire.

According to a source who is familiar with the matter, Ehanire was apparently unhappy that national and global attention was coming the way of Ihekweazu, who is technically his subordinate. Known to have gubernatorial ambitions in his native Edo State, Ehanire apparently sees the COVID-19 outbreak as the perfect staging point to build his political brand and come to the forefront of Edo’s political consciousness. The fact that local and international media and multilateral bodies prefer to interact directly with the NCDC – without necessarily making reference to him – is a problem. Unfortunately, in this context of Nigeria’s fight against a deadly pandemic, this petty clash of egos is now everybody’s problem.

Rather than focusing energy on coordinating efforts to fight the spread of the coronavirus, Ehanire has instead made it a point to put his face in front of every available camera and make it clear that he – not Ihekweazu – is the one in charge. Ihekweazu is no longer permitted to speak to the media independently about COVID-19, and he must now report to the Federal Ministry of Health and operate from there. In other words, the most important thing about the COVID-19 crisis in the eyes of the FMOH is that the world must know that it is the health minister’s show and his alone.

Last week, Ehanire took the most telling step to reclaiming his ostensibly lost glory and pushing his political agenda when he hosted a press conference to announce Nigeria’s second COVID-19 case. The location of a press conference organised to make a nationwide health announcement? Benin City, Edo State.

While this was happening meanwhile, Nigeria’s management capacity for COVID-19 was significantly lower than publicly claimed. It will be recalled that when the Italian index patient was identified and confined in Lagos, everyone concerned treated the story as evidence of preparedness with some even sounding triumphal. In reality what actually happened was that the subject self-presented and was diagnosed – the good news ended there.

Describing what happened next, my source says:

“The case in Lagos for instance took the intervention of the Italian ambassador for the patient to be moved. The place he was kept initially wasn’t habitable . While Govt was on air claiming  to have contained him in a hospital – he was literally abandoned at a poorly maintained facility, which is why Punch reported his attempted escape because he was dealing with mosquito bites.”

In the context of Nigeria’s porous land borders and the up to 30-day asymptomatic incubation period of COVID-19, during which time it is infectious, nobody actually knows how many novel coronavirus cases are in Nigeria. While the FMOH and the NCDC engage in a pointless pissing contest, hundreds of thousands of Nigerians could currently be carrying the COVID-19 virus, without anything close to the required testing capacity to find out.

The Nigerian government strategy right now appears to be to cross both fingers, wait it out and hope. The NCDC has been shackled. Osagie Ehanire wants to be governor. Private corporations are managing the health crisis on their own – and possibly worsening it. The government at state and federal levels are broke and under-resourced. Ultimately, it would seem that any salvation from COVID-19 if it is to come, will be from our climate and our natural immune systems.

Nigerians once again, are on their own.
To continue telling under-reported stories, we need your support for the work we do, donate to https://paystack.com/pay/newswirengr

Prominent Individuals and Businesses are Spreading COVID-19 in Nigeria: A Special Report

Nigerian Stock Exchange sheds N1.4 Trillion in 3 days on the back of falling oil prices and Coronavirus