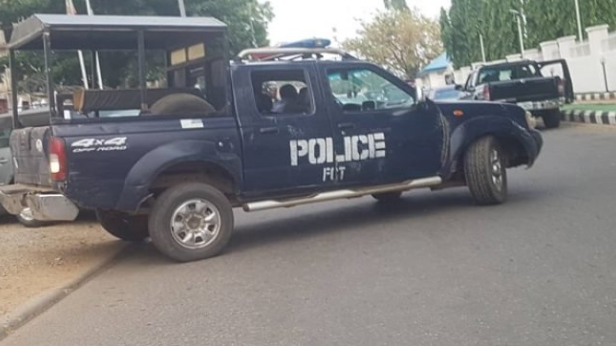 Multiple reports suggests that Police officers are currently at the national secretariat of the All Progressives Congress (APC) in Abuja.

The crisis rocking the All Progressives Congress took a turn for the worse on Wednesday, following a court injunction suspending Adams Oshiomhole as the party’s National Chairman.

Officers at the party premises prevented people from going in, – patrol vans and an armoured personnel carrier (APC) were stationed around the secretariat.

National Vice Chairman (North-East), Salihu Mustapha, who backed the court decision, told reporters that following the court injunction, Oshiomhole was for now, in no position to issue any instruction as doing so will be “illegal, null and void”.

He explained that his intervention was based on information that as soon as the court pronouncement became public, Oshiomhole allegedly instructed the APC National Publicity Secretary, Mallam Lanre Isa-Onilu to issue a statement announcing Waziri Bulama, as acting National Secretary.

Mustapha said, “Immediately the court injunction was given, the national chairman has called the party’s chief press secretary (National Publicity Secretary) to issue a statement to the press that Waziri Bulama is the (acting) National Secretary to the Party.

Bu a Judge of a federal capital territory (FCT) high court, Danlami Senchi, today, gave an order to Suspend Oshiomhole on Wednesday following an application of interlocutory injunction filed by one Oluwale Afolabi seeking the removal of Oshiomhole as APC national chairman.

Related Topics:APCCourtAdams Oshiomhole
Up Next

Blasphemy: Protest in Kano as cleric is alleged to have composed a derogatory song attributed to Prophet Muhammad