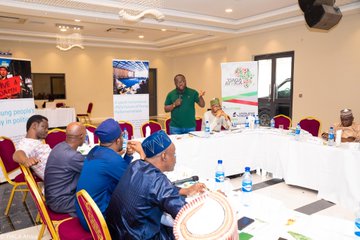 The Young Parliamentarians Forum (YPF), a group of lawmakers in the national assembly, has called for the removal of service chiefs over the widespread insecurity in the country.

In a communique issued at the end of a retreat in Owerri, Imo state capital, on Saturday, the YPF asked the federal government to review the current security architecture in order to ensure peace.

In the resolution signed by Kabir Ibrahim Tukura, chairman of the forum, and 22 other members, the group said the state of security in the nation has a devastating effect on young people.

“The current security situation in the country poses a threat to social cohesion and national development. The YPF expressed deep concerns with the level of insecurity and its devastating impact on young people, women and people living with disabilities,” the YPF said.

“The YPF commends the security agencies especially the gallant men and women in the warfront for their selflessness and patriotism in combating insecurity. The YPF calls on governments at all levels to review the current security architecture to ensure peace and security in line with democratic standards of national security management.

“The YPF calls for more leadership and professionalism from security agencies. The Forum aligns itself with the resolution of the National Assembly calling for the immediate removal of the Service Chiefs.

“Government at the national and state levels should declare a state of emergency on youth development given the deplorable socio-economic condition of young people across Nigeria.”

The forum also called for constitutional amendment to increase youth and women representation in elective and appointive positions in the country.

Related Topics:NigriaYoung Parliamentarians
Up Next