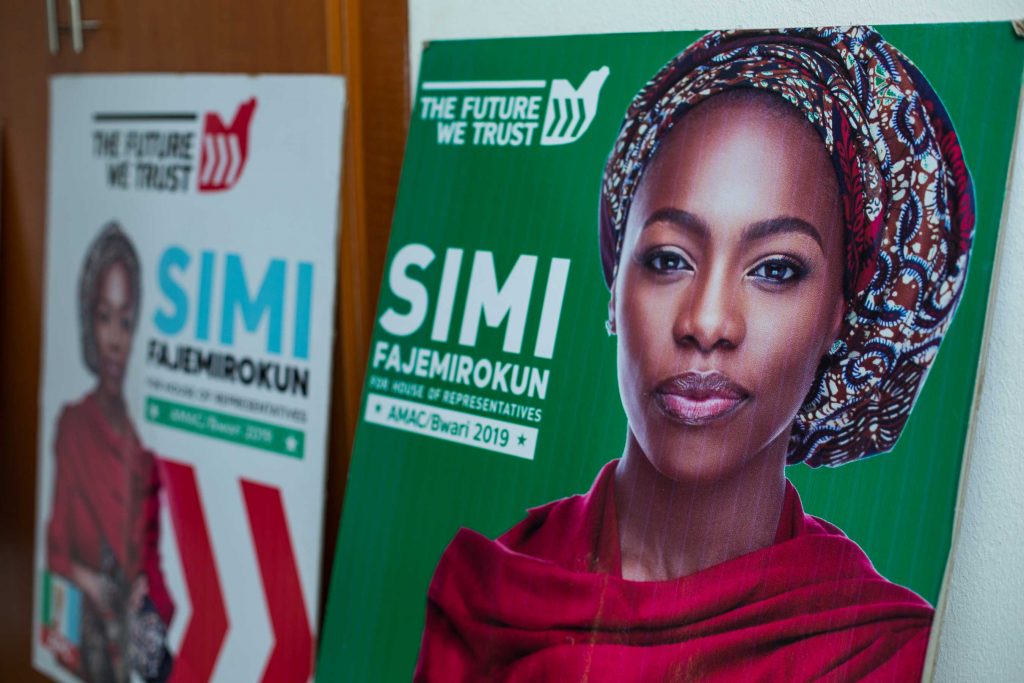 In South Africa, Julius Sello Malema became a member of the Africa National Congress Youth League, ANC, at a very young age. The outspoken and controversial Malema who joined the ANC at age 9, later emerged and served as the president of the youth wing from 2008 to 2012.

Today, Malema is the President and Commander-in-Chief of the Economic Freedom Fighters (EFF), a South African far-left political party he founded in 2013. EFF is currently the third-largest party in both houses of the South African Parliament and continues to displace major parties like the ANC in local elections across the country.

The reverse seems to be the case in Nigeria. There is hardly any young person who has pulled as half political weight as Malema, not even in their thirties.   The Nigerian patriarchal structure is one that over the years seems to have isolated not just young people, but also women and those with disability from the internal happenings in politics.

Nevertheless, there seems to be a beacon of hope with the introduction of the Not-Too-Young-To-Run bill that allows young people to be elected and constitutionally stated age limits to elective office.

There are barriers however. Those that have control of the party structures since 1999 are still active players and are getting stronger in the game across the two major parties, which are the All Progressive Congress, APC and the opposition party, Peoples Democratic Party, PDP.

“You are the leaders of tomorrow,” the repeated unending chants during political gatherings in Nigeria, especially during electoral seasons, are mere chants that the old men’s club use to lobby for the votes of the youths, who make over 70 percent of the voting bloc, according to the Independent National Electoral Commission, INEC.

Why are there no Malemas’ in Nigeria? One might want to ask.

During the last elections, a frontline House of Representatives aspirant, Ms. Simi Fajemirokun tells NewsWireNGR that young people in Nigeria must be intentional in building an ecosystem of friends, donors, strategists and stakeholders, if they must be relevant in the political settings.

“But I find a lot of us are so in love with the idea of running for office that we may not be intentional about aligning interest, building a base, and making yourself a good product for donors to put their money behind, we should strive to treat politics like a business, identify stakeholders, have a pitch and a plan, be consistent in building the base and most importantly, show up!” she stated.

While explaining the difficulties and hurdles of young Nigerians towards having authority within the Political party structure, Ms. Fajemirokun insisted that Politics is about interest and building a loyal base, while adding that politics needs new players and a new playbook. “There seems to be a hostile culture of hoarding information by ensuring the process of electioneering is not easily accessible and one seems to get information on the need to know basis. It’s deliberately shrouded in secrecy and that makes it difficult for new entrants to thrive but like any contact sport, the newer entrants get involved the more the game will have to change and adapt to a new political order”. She added.

Apart from being a member of the APC, Ms. Fajemirokun worked on the Presidential Campaign Council and served as a member of the Election Planning and Monitoring Directorate (EPM), under the leadership of H.E Babatunde Fashola, where she coordinated the National Situation Room and the core strategy team that helped to successfully re-elect President Muhammadu Buhari.

NewsWireNGR also had an in-depth interview with a member of the opposition party, PDP, Mr. Ose Anenih, who is also a hospitality entrepreneur, he was of the opinion that brilliant young political actors do exist but are however, at the back of the queue and are more likely to participate as analysts, strategists, activists and campaigners than as actual political players.

Anenih argued that there is a disconnection between the aspirations of the younger generation and the suitability of existing political structures to serve as platforms for the attainment of their dreams.

“Nigeria’s Constitution states that candidates must contest for elective office through registered political parties, in reality, there are only two major political parties – the PDP and the APC, so outside the demands and challenges of your typical election, the contest to secure party nominations within these two parties is particularly intense, fuelled by the expectation that aspirants will disburse obscene amounts of money, and administered by ancient gatekeepers and godfathers more interested in loyalty than your fantastic plans to transform society”, he maintained.

Nigeria’s population is fast-growing. It is expected to be the world’s third most populous country by 2050 with about 400 million inhabitants. The youth make up over 70 percent of this fast growing population.

20 Years After, Nigeria’s Politics is Still Run by Old Men’s Club – US Envoy